With the 2012 baseball season in the books for the Beavers, its time to rate Coach Pat Casey, using fanoverboard's familiar 5 Beaver-tail rating system that we use to rate all of Oregon St.'s major program head coaches.

Last year, the Beavers were in the drivers' seat for the Pac-10 Championship, but were in the midst of a late season tailspin, and got swept by Oregon in the Civil War. However, Oregon St. bounced back to win the NCAA Corvallis Regional, before falling to Vanderbilt in the Super Regionals.

It was still a better season than predicted before the first pitch, and nearly 9 out of 10 Beaver fans gave Casey at least an "Above Beaverage" rating.

This time around, Oregon St. had their struggles earlier in the Pac-12 campaign, losing 5 of 6 against the Arizona teams in the first month of the conference campaign, and then dropping 2 of 3 at USC mid-season. As a result, the Beavers were out of the running for the conference title before the season-ending series against Oregon began.

But the series was at Goss Stadium this time, and Oregon St. turned the tables. The Ducks needed only 1 win to claim the conference, thanks to tie-breakers, but the Beavers swept the series, giving them 4 wins in 5 battles in this year's Civil War, and dropping Oregon to 3rd place.

Oregon St. finished tied with Stanford and Arizona St. for 4th, but only 2 games behind UCLA and Arizona, in a torrid Pac-12 race that saw 6 teams finish within 2 games of each other.

A relatively weak non-conference schedule resulted in an RPI in the low 20s, and much lower than their final #16 ranking. As a result, Oregon St. not only didn't get to host an NCAA Regional, they were sent to arguably the toughest Regional in the country, and twice lost to 3rd ranked LSU in the Tigers' own stadium. 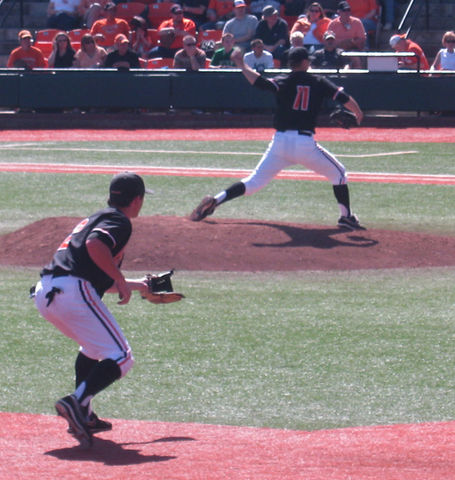 Much of the season's shortcomings can be directly traced to pitching staff troubles, initially with a completely new set of starters, and later on, the bullpen. But by the end of the season, a staff that had only 1 senior on it, after last year's starters left for professional careers, not only had multiple solid starters, freshman Jace Fry, above, who got off to an early slow start as a result of back surgery in January, had pitched well enough to be named to the Baseball America "Louisville Slugger" Freshman All-America team.

Sophomore Scott Schultz developed into a middle reliever good enough to go 8 2/3 innings against powerful LSU, and put the Beavers in position to be able to pull out a win. That didn't happen, but it wasn't due to any shortcoming in Schultz's performance.

Despite some bumps along the road, and even if junior Matt Boyd, the first Beaver taken in the MLB draft by the Cincinnati Reds in the 13th round, doesn't return, the pitching staff will be the strength of the team next year, and will be among the favorites to not only win the Pac-12, but make a run at the CWS as well. 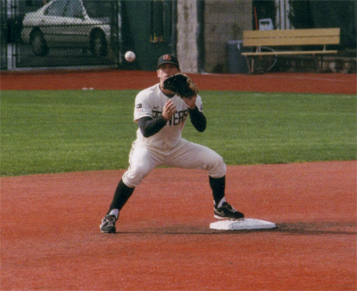 The defense, another staple of Casey's career, had a few troublesome moments, but also bailed the Beavers out on numerous occasions. Shortstop Tyler Smith, above, was named to the All-Pac-12 team, and it wasn't just because he led the conference in hitting for much of the season, and eventually wound up 8th, with a .343 batting average. 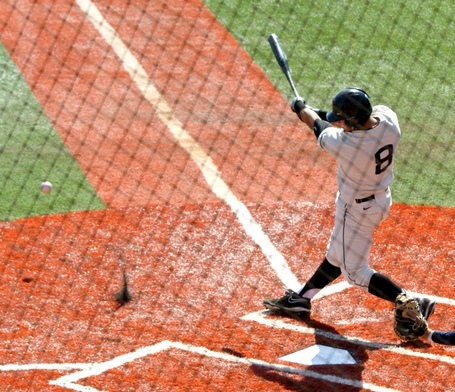 Casey came up with another gem of a recruit and player, as freshman Michael Conforto, above, led the Pac-12 in RBIs, with 76, slugging percentage, and total bases, and was tied for the conference lead in home runs. Conforto also led Oregon St. in hitting, with a .349 batting average.

As a result, Conforto was named the Pac-12 Freshman of the Year, and then the Freshman Player of the Year by Baseball America.

Conforto gave the Beavers, who were otherwise another in a long line of Casey's "small ball" squads, some punch. Had it not been for a shoulder injury to Danny Hayes in the series against Washington, one that cost Hayes, below, a month's action, Oregon St. could have had the punch to punch through a few more of the close games down the stretch. 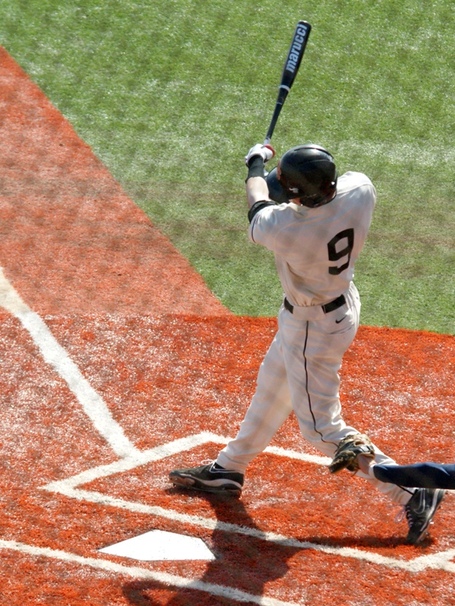 There were a lot of times when the Beavers couldn't come up with the clutch hit, never mind a big hit, though, and Oregon St. left a lot of runners stranded, and in close contests. That lost some games, and taxed the pitching staff more than anyone would like.

It's not that the Beavers weren't pretty good anyway though; Casey's team won 5 of 7 series on the season that had to be decided in the final game of the weekend, and were 12-3 on Sundays. The result was a 40-20 record, the second consecutive 40 win season at Oregon St, and only the 5th ever, all of which have come under Casey's command.

The first win in the regular season ending series against Oregon also made Casey the winningest baseball coach in Oregon St. history, with 614 as the skipper of the Beavers, moving him past Jack Riley. Days later, Casey passed wrestling coach Dale Thomas to become the winningest head coach in Beaver history.

These noteworthy accomplishments have led us to again eliminate the one Beavertail Beavbysmal option. Becoming the coach with the most wins in school history can't be any kind of bysmal.

And it all happened without any off-field incidents, something that should be the norm, but notably doesn't seem to be in this day and age.

But how far above Beaverage is it whenever Oregon St. doesn't win the conference, doesn't earn a home Regional, and doesn't make it to a Super Regional? Is it reasonable that what would a pretty Husky terrific is merely Beaverage?

How much of what is reasonable to expect success next year should be credited to this year? Cast your vote, and feel free to explain your vote in the comments below.

(Photos by Andy Wooldridge and RVM)