We saw new fall and winter uniforms (baseball and softball are still to come), and generally there are 3 for each sport, an all black one, an all white one, and an all orange one. Here's the new football uniforms, with Rashaad Reynolds, Brandon Cooks, and DJ Alexander doing the modeling. 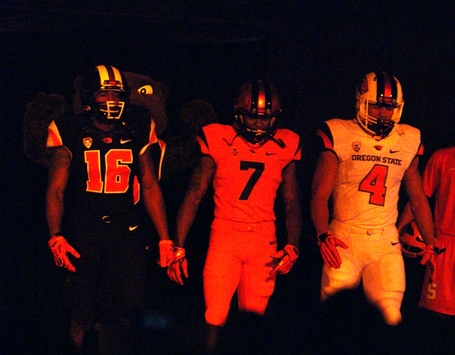 Storm Woods declared the all-white as his favorite look, but there was a lot of support among players on hand for the orange ones as well. In the end, I suspect the black look, as it currently is, will prove to be the favorite and best of the lot. It will be interesting to see how long it takes to start to mix and match. The use of the same fonts and striping patterns makes that possible. A concern is how well the orange ones will look at night, as the black numerals and letters on the orange background is going to be tough to read in the dark, and the helmet might not work, similar to what Arizona experienced with their copper helmets. Its a similar shade that looks great on a bright sunny day, but was a disaster for the 'Cats at night.

Here's another look with better lighting: 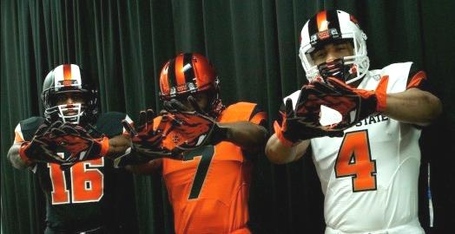 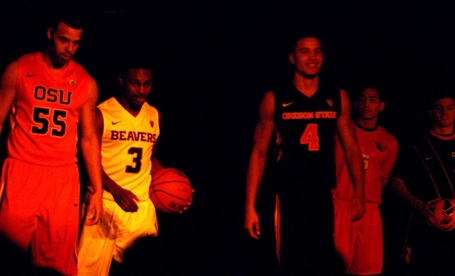 You can see the 2 of the soccer unis, which have a very Euro styling, in the background. The women's basketball uniforms are virtually identical to the mens, and both the mens and womens players were raving about them.

Here's Benny in his new duds. The darkness of the Alumni Center don't do it justice, and the black curtain background was a mistake, but you can get a sense of the boldness of the striping, which really stands out, and the new, Beaver Bold font. The orange on black really works. 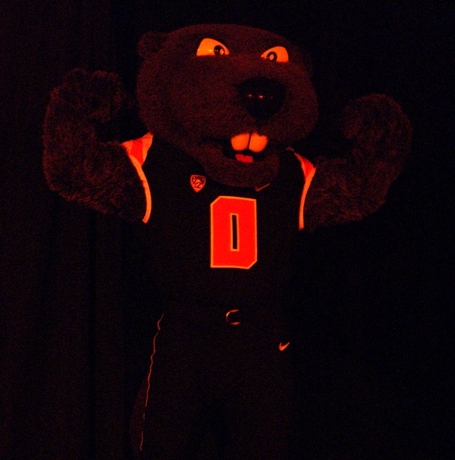 As you doubtless noticed, there are 3 helmets to match the 3 uniforms. Here's a closer look at the black one, which is a throwback to the original "Giant Killer" days, as the rebranding was specifically intended to integrate tradition with new, modern looks. 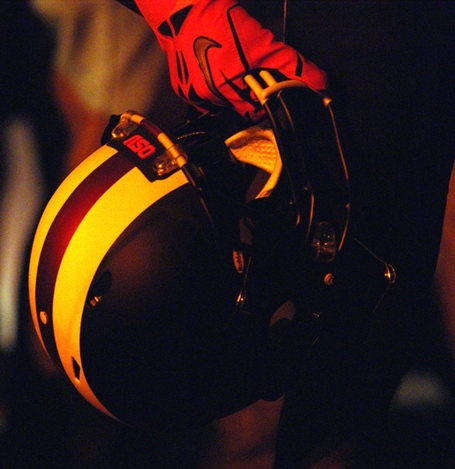 And here's the white one: 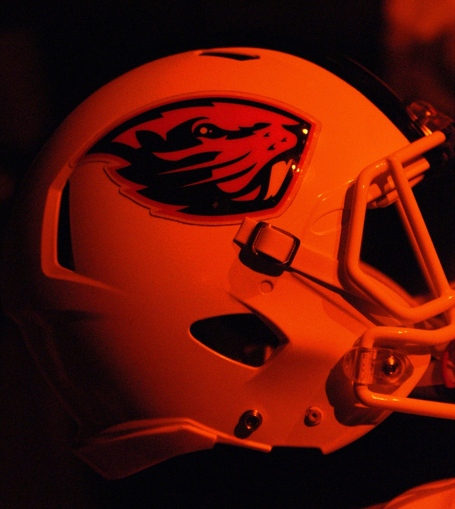 Note also, the stripes on the helmets extend down across the facemask.

The new logo was indeed exactly as was reported here earlier. Here's how it looks in a banner look:

Here's a good look at the official logo, which is already available in decals: 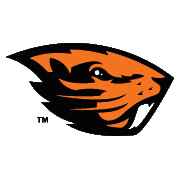 One of the big fears many had was whether there was a color change coming, which was put on the table for discussion by Nike, something Athletic Director Bob DeCarolis admitted made him gulp. But in the end, not only was orange retained, its still the exact same color tint as before, another nod to tradition that Nike realized was important to Beaver Nation. And of course, black is still black.

There is a 4th color now, though, along with orange, black, and white, as a metallic bronze has been used as a secondary color for accent in some cases. The other thing fans will notice about the uniforms is a lot of detail, with things like "OREGON STATE", "BEAVERS", etc. sewn in.

The new font is very blocky and edgy, a complete contrast from the rather rounded former font, and the ones used down the road. Here's a look at the new letters:

There's also a new script "Beavers", which actually differs little from the old one. New version: 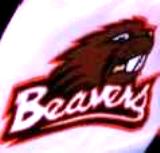 Without a doubt though, the new gloves are the most popular item in the new ensemble.

The advanced unveiling that the leak prompted left the OSU Beaver store behind the supply chain 8-ball a bit, but they already have plenty of t-shirts for sale. Hoodies and polos are still in the pipeline though, with a greatly expanded array of merchandise expected to hit the shelves in April.

For now, you can get a variety of t-shirts though: 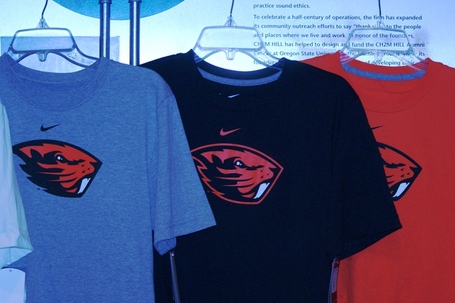