Cornerback Steven Nelson has snagged the top defensive spot in the rankings this season.

Steven Nelson was a junior college transfer last season, and he came in battling Sean Martin for the cornerback spot opposite Rashaad Reynolds. Nelson would win that contest and quickly brought in 5 interceptions in the first 6 games, including a game winner against San Diego State. He was first among cornerbacks with 62 tackles which was 6th on the whole team, but he was 3rd in solo tackles. His 8 pass breakups was also first on the team. 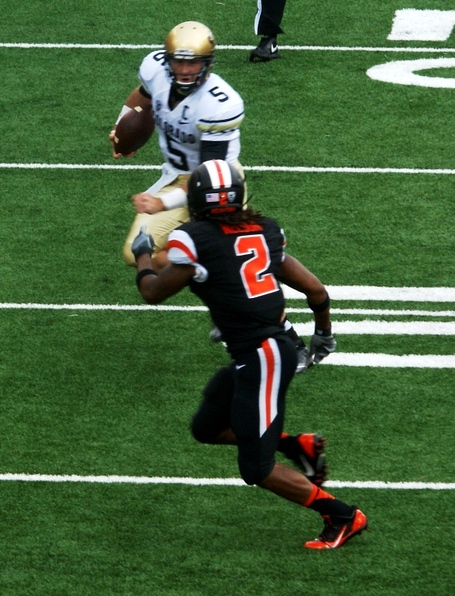 It was a great year for a transfer, and after his torrid start to the season some honors and general recognition was given to the cornerback, he was one of the better players for Oregon State. The season obviously went off the rails, but Nelson did a good job of wrapping up and also playing the ball in the year. He was rarely beaten, except for when there was a large cushion and receivers just chewed up yards.

Nelson is already gathering praise and recognition, and has looked great early in the season. His technique is still fantastic and he is even better in coverage. The play has been against a young group of OSU receivers and a lower division opponent, but he does not get beat often. The trend should continue with him as the top cornerback now and taking more turns against better receivers. 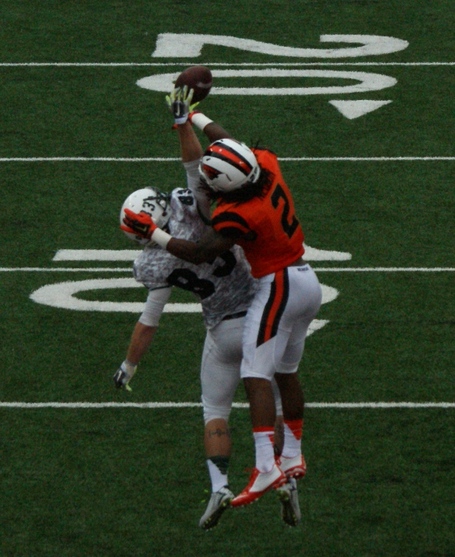 With an improved defensive front in front of him, he has a chance to improve on his stats from last season, and turn the heads of some scouts. Listed at 5'11" and 194 lbs, he is a decent size and he reportedly has 4.4 40 yard dash speed. The acceleration shows as well when he starts with receivers as they break into routes. Nelson already has some rumblings, and draft pundits are already mentioning his name for the upcoming NFL draft. He might not get as much of a chance to make the eye-popping stats that others will have if quarterbacks start avoiding him. It should be a great year for a great player.