Safety Ryan Murphy has picked off the number 6 spot.

Murphy was part of a questionable pairing with Zimmeman, where they sometimes failed to communicate resulting in blown coverages. The most notable being the loss against USC where Marquise Lee bolted down the field undisturbed for a touchdown. Murphy did respond with a pick-six in that game and often could be found all over the field. 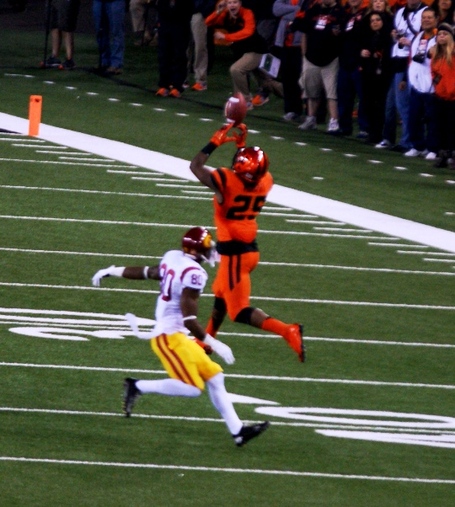 He was third on the team in tackles with 74 and was also second in tackles for loss with 8. Also he had three interceptions and one forced fumble. He did donate some explosive plays and the interceptions changed momentum of games (despite those games remaining losses). It was a decent season, where he did his job, but rarely exceeded expectations.

Murphy is an explosive athlete, and at 6' 3" and 214 lbs he is fairly imposing as well. He was flying all over the field in practices this year, and in a scrimmage he was everywhere. He looks improved in coverage and has been a solid tackler throughout his career. 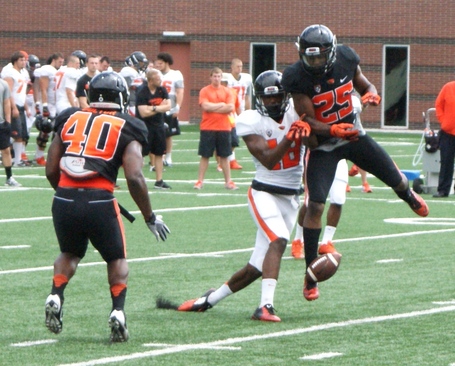 Another note to add is that he was voted to be a captain this season, and he needs to command the back line of the Beavers to avoid any mix-ups in coverage. With all of his talents he should be mentioned in Pac-12 awards lists at the end of the year. He has been consistent, he had roughly the same number of tackles over his last two starting seasons and his interceptions have risen. Most importantly he passes the eye test. When in position he often will make the play. Murphy needs to lead the Beavers from the back, and get them into place. If he can do that it will only leave him in position to make more plays.