Oregon St. kicks off the 2014 baseball season today in the Husker Classic in Tempe, AZ, against northwest rival Gonzaga of the West Coast Conference, in a match up of last year's regular season champions of the teams' two conferences.

The Beavers, of course, went all the way to the College World Series semi-finals in Omaha,

Senior left-hander Ben Wetzler was scheduled to get the start on the mound for the Beavers, with Andrew Moore scheduled for tomorrow's game against tournament host away from home Nebraska, and Jace Fry slated to go on Sunday against Pacific. However, Friday morning, an eligibility issue dating back to last summer's MLB draft surfaced, and Wetzler will sit at least for this weekend, and probably longer.

Moore will move up, and start the opener. Fry will probably move up to Saturday, and Sunday and Monday will be a scramble depending on how deeply Oregon St. gets into the bullpen in the first 2 games.

Senior Scott Schultz is the tentative starter for Sunday, but Schultz has also frequently been the Beavers' best long reliever, and if something goes wrong, Casey may have to go to him sooner. Freshman Jake Thompson is likely to start Monday morning. Both are righties.

While Oregon St. returns a wealth of talent besides their starting pitching, including the likes of LF Michael Conforto, Dylan Davis, second baseman Andy Peterson, its the new-comers who are most interesting. 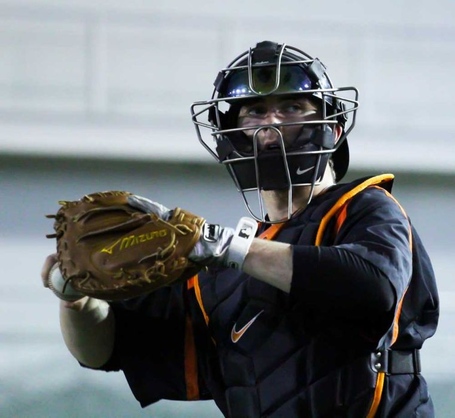 Freshman Logan Ice will be the replacement for Jake Rodriguez, who turned pro after his junior campaign last year, when he led the country on throw-out percentage for catchers. Ice, from Puyallup, WA, was going to split some time over the course of the long weekend, which has 4 games in 4 days, with junior Nate Esposito, the only returning catcher on the roster. But its Ice that has impressed in off-season practices.

And just this morning, it was announced that Esposito has been suspended indefinitely for an unspecified violation of an unspecified team rule. So it will be an "Icy" weekend in the desert.

One of the biggest challenges that will face Oregon St. as they attempt defend their Pac-12 Championship, and make a return to Omaha for the College World Series is replacing short stop Tyler Smith. 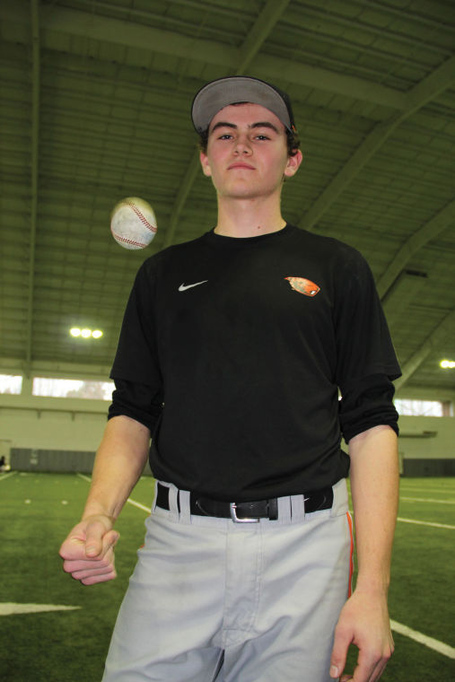 Morrison, who made the wise decision to pattern his game after former Beaver and current Chicago Cub millionaire Darwin Barney, has fit in well with the team, and impressed Peterson. Morrison's emergence has alleviated the possible need to shift Peterson from second to short, something Casey had acknowledged might be necessary, but really wanted to avoid.