Scott Crichton is a starting defensive end for the Beavers and is one of the best in the country. All of the buzzwords that would apply to a top defensive end apply, quick, strong, fast among many others superlatives. He has been a starter since his freshman year and has always been one of the best players on the team. Crichton is terrific as a pass rusher and also is stout against the run. He does not have any real weaknesses and really has the complete package at his position. 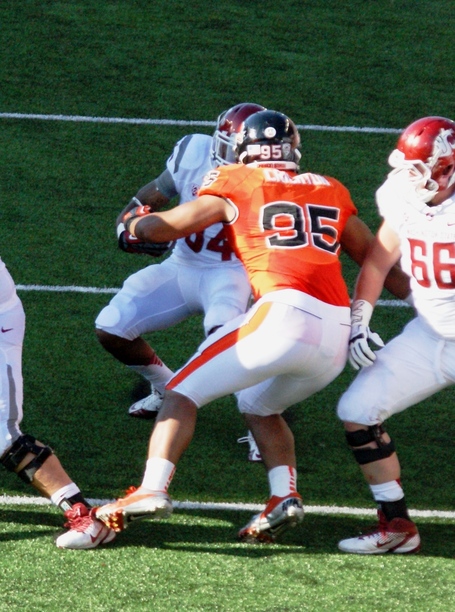 Crichton's 44 tackles were tied for ninth last season, but he led the team in tackles for loss and sacks, and by a considerable margin. His tackle totals are not impressive, but the other stats are. They still do not show his true value though. Opposing offenses have to scheme around Crichton because he has the ability to disrupt an entire offense. He can get penetration into opposing backfields and while perhaps not completing the play himself, he is still able to force opponent's into another Beaver defender. 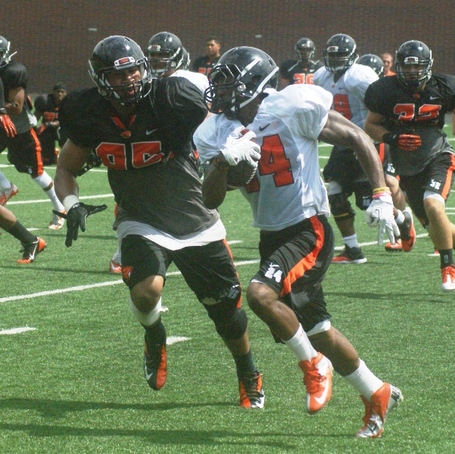 Crichton has been gaining national acclaim for some time and has really ramped up this season. Crichton has been an exceptional player throughout his entire career, and is poised to continue that this upcoming season. With a healthy pass rush the Beaver secondary and linebackers will have the opportunity to make plays. He can do it with power or speed, giving him a variety of moves to attack opposing linemen. Hopefully Dylan Wynn will give him enough support so that the game will open up so that he can absolutely destroy offenses next year, and either way he has shown his ability to do it on his own. Beaver fans should expect an exceptional year out of Scott Crichton this year.