Oregon State came out energized and dominated Southern Illinois-Edwardsville for a 101-81 victory.

With nine days between Oregon State's signature win at Maryland and tonight's matchup against Southern Illinois-Edwardsville, there were some worries that the Beavers would come out flat and have a letdown result against the Cougars. Challe Barton and Victor Robbins made sure that wouldn't happen, using energy on the defensive end of the floor to create easy opportunities on offense. They blitzed the Cougs from the outset, jumping out to a 13-3 lead behind seven Robbins points in the opening three minutes. Robbins, despite playing ill, would finish with a career high 12 points, including 10 in the first half.

"I have to come out running all over the place, and get the energy going," Robbins said.

Oregon State led by as many as 25 in the first half, quieting any talk of an upset. Three consecutive dunks by Devon Collier got the Beavers rolling, and a 15-5 run just past the midway point keyed by Olaf Schaftenaar was perhaps the most critical moment, putting OSU up 21 and working former Beaver great A.C. Green and the rest of the crowd of 4,823 (that had Gill nearly half ful!l; largest of the season) into a frenzy. Craig Robinson's team took a 52-29 advantage into the locker rooms. 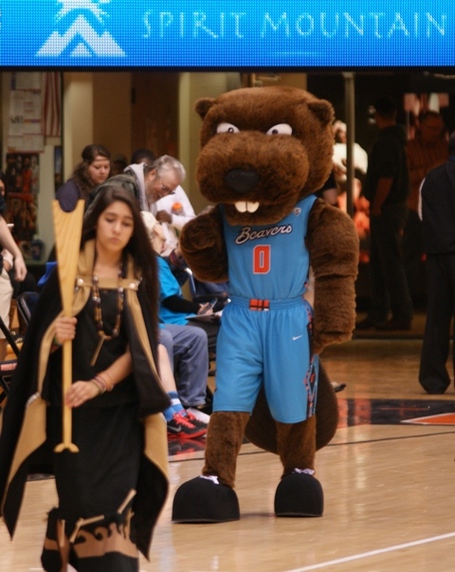 Benny was all spruced up, with freshly groomed fur, and joined in with the

The second half started with a scoring flurry by both teams with 31 points being scored in the first seven minutes. SIUe pulled to within 18 with 9:25 to play on a Christian Salecich layup, but 18 would be the closest the score got until the final moments.

Robinson pulled his starters with five minutes left up 19, and the two-deep players were subbed out with a minute remaining. Two C.J. Mitchell free throws and a Langston Morris-Walker three pushed the Beavs over the century mark for the first time since November 9 of 2012.

The senior forward Collier led a balanced Beaver attack that had 5 players in double figures with 20 points and seven rebounds. Center Angus Brandt, below, followed closely behind with 19 points, a season high for the fifth-year player. 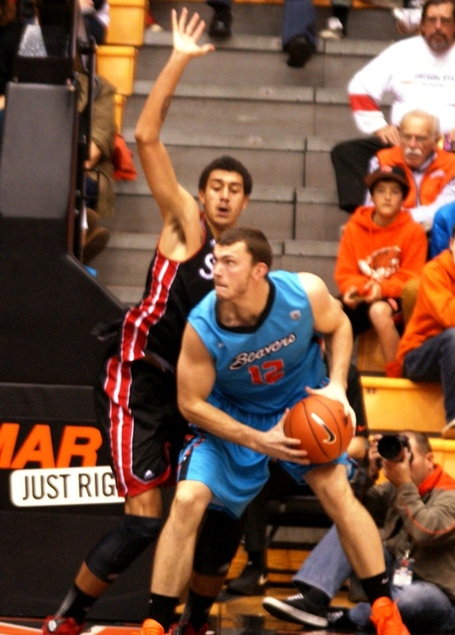 Collier did what Collier does, drawing fouls and imposing his will inside the paint. Brandt looked much better than he did in his previous three outings, knocking down mid-range jumpers with ease. 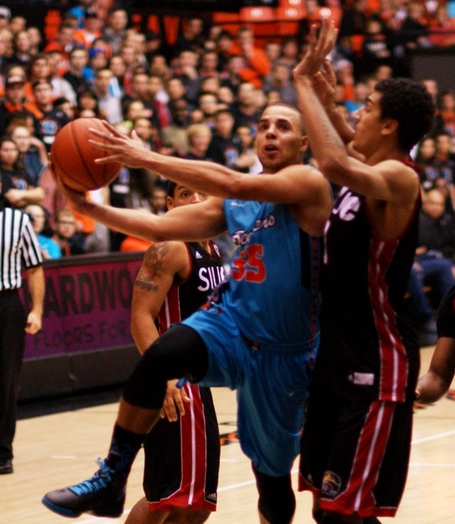 Roberto Nelson, above, focused his attention early on getting others involved, and finished with a game high 7 assists, to go with his 17 points, 13 of which came in the second half. Nelson, who has led Oregon St. in scoring in their first 3 games, had 3 assists before ever putting up a shot.

Schaftenaar rounded out the double digit scoring, with 11 points.

Oregon State shot a scorching 64% from the field, and made a mind-boggling 33 free throws (out of 38 attempts, 87%), which was the main source of offensive production in the second half.

"That was an issue last season," Robinson said. "We challenged ourselves to shoot above 75% as a team this year."

Maurice Wiltz led 5 Cougars in double digits, coming off the bench for 16 points. SIUE dropped to 1-6 for the season, after losing 4 games in 5 days in their visit to Oregon that saw them lose 3 games by a combined total of 9 points at the Portland St. tournament over the weekend.

With the ability to overmatch the Cougars inside, there was no need to jack up three-pointers, usually a staple in Robinson's offense. The Beavers shot eight of them and made four.

They are now riding a three game winning streak, and improved to 3-1 for the season, and will put it on the line Sunday afternoon in Chicago against DePaul. 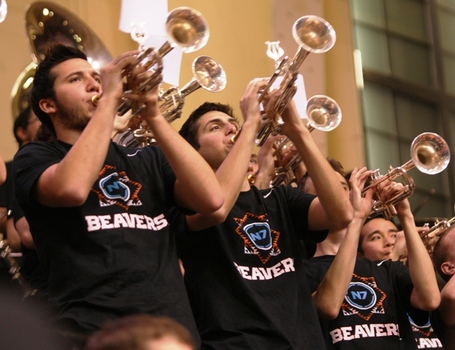