Defensive end Dylan Wynn lands at number 10 in the ranks.

It was another okay year for Wynn. He racked up 67 tackles on the season, but he only had one sack on the season. He also was tied for 3rd with Rommel Mageo in tackles for loss. Scott Crichton had 19 though, and maybe it is not completely fair to measure him against a 3rd round NFL pick. The Beavers need more production out of their ends. Crichton was often double teamed leaving Wynn to beat one man, and he was not able to get to the quarterback. 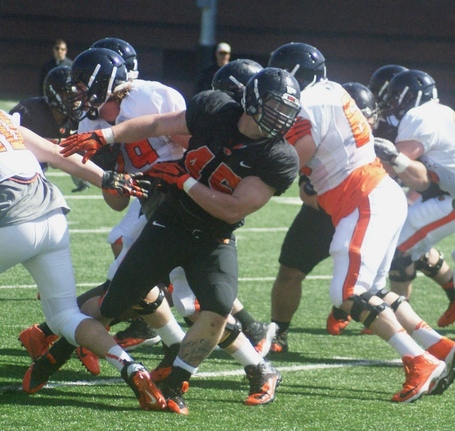 Obviously with 67 tackles he did work hard, part of what makes him a good player is that he works tirelessly, always chasing from the back end. He also played as the tackle in nickel packages, where his strength allows him to work despite the fact that he only weighs 275 lbs.

The Beavers need Wynn to be the man this year. Jashwa James or Obum Gwacham could be a good pass rusher on the other side of the line, but Wynn has enough experience that hopefully he starts to leave a bigger mark. In his three seasons at Oregon State Wynn has never had more than one sack per season. Strangely in his freshman season he had 5 fumble recoveries, which is neither here nor there, but it seems like a lot. 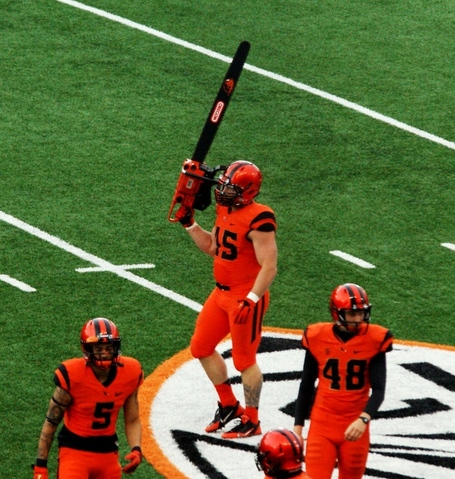 Wynn needs to pressure the quarterback this season. The Beavers need a pass rusher and his resume makes him appear to be the most prepared to take the mantle of the premier pass rusher. He has the requisite athleticism and strength to get it done, but it feels like this has been said for years. In fact I ranked him 10th last year, made similar statements and he remains in the same slot this year. He has quietly got work done, but the Beavers need him to make loud plays this year. Without Crichton someone needs to step up, and we have been asking this of Wynn for the last two years. Hopefully this will be his breakout season.