The newest contributor to Building the Dam provides the first of a semi-weekly regular feature highlighting the most interesting Beaver stories of the past few days from around the web.

Greetings and salutations. I've been posting at Building the Dam for a couple of years now, and Andy and the rest of the crew at Building the Dam have suckered me into invited me to provide occasional content for the site as a formal contributor instead of just a long-winded commenter. If you care about who I am or any of my personal philosophy on sports, posting, and fandom, it's all at the end of the story. If you don't, read on.

So my first effort is going to be to try to revive the links page. I'm hoping this will provide people a reason to drop by Building the Dam every day or two and see what other sites are saying about Oregon State, providing a collection of links all in one place, ideally catering to a variety of topics that might have gotten dominated by bigger headlines. While in a perfect world, I would do this every day, I don't see that as being very realistic. I'm going to aim for twice a week, perhaps more as my schedule allows, and as links get easier to find (i.e. during football season). I'm not going to pick a specific day yet, we'll see what works itself out. I'm thinking Monday is the most likely candidate for at least one post, though.

Rest assured that this isn't going to be the only source of news on BtD, if there's something more urgent or important, a separate story with more depth, insight and urgency will be published. This column will be largely a column referencing other stories in the media. I will add a snippet or two here or there of opinion, but that likely won't be the focus of the piece.

"Beaver Links" is deliberately a very drab title, as it's not the planned name of the column. It's just a placeholder until we come up with a better name, and we want your help with suggestions. We have a few internally already, but we'd like to open it up prior to making a decision. If you have a suggestion or three, leave them in the comments, and I'll take the best ones and put them into a poll in the next Beaver Links post, likely early-to-mid next week.

And now that the red tape is out of the way, to the links!

Our friends down at the University Up the River have some fancy custom trash can lids at their new soccer/lacrosse complex. I'm curious how other Beaver fans feel about this. I feel it's kind of funny, and well within the spirit of a good college rivalry, but I could see how some people feel otherwise. Rather than getting angry, I'd rather see OSU try to come up with a suitable response of a similar nature.

Oregon Live talks with Darwin Barney, who returned to the Pacific Northwest last weekend to play baseball for the first time as a big leaguer. 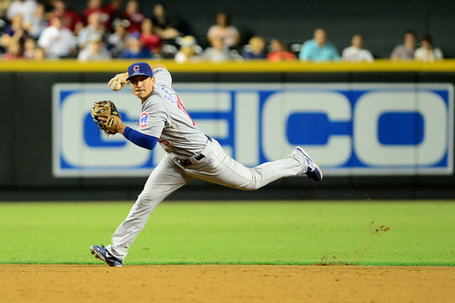 Ted Miller of ESPN's Pac-12 blog has a brief video on OSU hopes and concerns in the upcoming football season.

Avinash Kunnath of Pacific Takes has an update on OSU recruiting. Pacific Takes is SBNation's Pac-12 blog, and they put in a ton of effort but don't get a lot of traffic for some reason. I'd encourage you to check them out.

Former Beaver Jared Cunningham is now a member of the Atlanta Hawks' organization.

Andrew Moore gets yet another freshman All-American honor. Anyone else tired of these yet? Me neither.

The Pac-12's official website has a nice season wrap up for the 2013 Pac-12 baseball season.

Danny Hayes is a member of the White Sox organization. Tyler Smith is a Mariner, and Jake Rodriguez an Astro. Hayes and Smith were seniors, but Jake was a junior, so he's the first one we know won't be coming back. Matt Boyd is a senior, so he's gone, but Ben Wetzler, Dan Child and Scott Schultz are draftees with eligibility if they want to come back. Baseball America has a list of drafted players from Oregon. It's hard to tell how current this is, but it looks like all the players listed in bold have been signed, whereas all of those not in bold appear to still be unsigned. I'd love a better resource for this information, if anyone has one, please leave it in the comments. Regardless,July 12 is the last day to sign underclassmen, so we should know by July 13 if they are coming back or not. We'll be keeping an eye on these guys as that date gets closer.

July 1 was the start of a new school year, which meant all the conference changes for the upcoming year took effect on that day. SBNation's Blogging the Bracket details the basketball changes, while fbsschedules.com breaks it down for football. Of note, Pittsburgh and Syracuse are now officially members of the ACC, the Big East is no longer a football conference, and the American Athletic Conference will get an automatic BCS berth this year; the football playoff starts next year. Maryland and Rutgers won't join the Big Ten until 2014; neither will Louisville join the ACC until next year. Statistical footnote: the last athletic event of the old Big East was Louisville losing to Oregon State at the CWS.

That's all the links for now, but vote in the poll below, and add any suggestions you have for the column title in the comments. If you have any more links I missed, add them below. If you want to know a little more about me and my philosophy towards being a contributor and a Beaver fan, it's after the jump, but I know some people will not care in the least, so I didn't feel like cluttering the main column with that.

Thanks for reading and Go Beavs!

So who is Sahr?

As promised, a couple of things about me, in the interest of transparency and establishing my fan credentials/lack thereof.

A brief bio: I'm 38 years old, have a degree in Construction Engineering Management from Oregon State and work as a Project Manager for a masonry contractor who has performed a large share of the work on the OSU campus in recent years. We moved to Corvallis when my father got a job as a professor at OSU in 1984, and my brother and I both graduated from Corvallis High School and Oregon State, so our family has been Beaver fans for nearly 30 years. Although I now live in Keizer, I'm a season ticket holder in football, attended 11 baseball games this year, and even try to attend a couple of basketball games a year, although I usually end up regretting those.

A handful of things about me as a poster/contributor/fan:

Thanks for reading, have a great day. And in case I don't see ya, good afternoon, good evening, and good night!