Share All sharing options for: Benny Picks The Best

Tuesday night at Gill Coliseum, Oregon St. athletes, their friends & family, and fans gathered to see who received the annual "Bennies", the awards Benny hands out annually to recognize the best accomplishments of OSU athletes and teams for the just concluded academic year.

Benny was joined in making the awards by Portland TV Sportscasters Katy Brown and Cathy Marshall.

All Americans Brandin Cooks, the Bletnikoff Award Winner as the best receiver in the country, and Michael Conforto, the Pac-12 Baseball Player of the Year, who has also been named 1 of 3 finalists for the Golden Spikes Award (go vote for him!), shared the Male Athlete of the Year Award, and another All-American, gymnast Madeline Gardiner, garnered the Female Athlete of the Year honor.

Baseball was name the Male Team of the Year for the second year in a row, after claiming their second consecutive Pac-12 Championship, and climbed to #1 in the nation.

The Women's Basketball team was Benny's pick as the Female Team of the Year, for the first time in history, after finishing tied for second in the Pac-12 in the regular season, reaching the Pac-12 Tournament title game, and picking up a first round win in the NCAA Tournament. 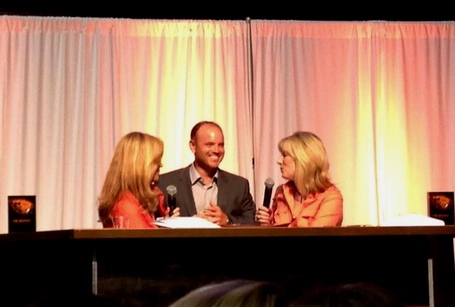 The Male athlete Performance of the Year went to Jace Fry, who threw a no-hitter, only the 2nd complete game 9 inning no-hitter in Oregon St. history. 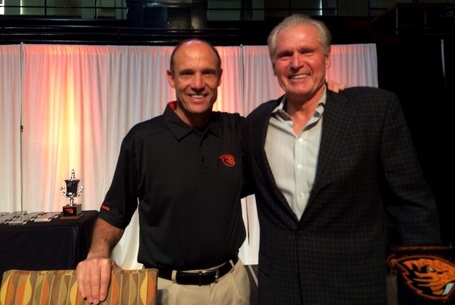 BTD congratulates all the winners on jobs well done!