Demarlon Morris, a 3 star defensive back according to both Scout.com and Rivals.com, is a JC transfer from Mesa (Arizona) Community College. Morris announced his choice, selecting the Beavers over offers from Pac-12 rivals Utah, who was previously considered to be in the drivers seat for his services, and California, as well as Kansas St. and Texas Tech from the Big XII, Wisconsin and Indiana of the Big Ten, and Hawaii from the Mt. West.

At 6' & 185 lbs., Morris, who was recruited by Defensive Backs coach Rod Perry, gives Oregon St. a needed boost in size in he secondary. 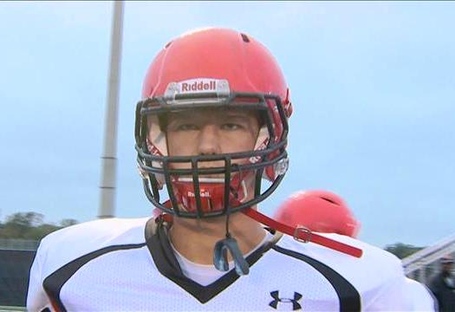 Oregon St. head coach Mike Riley is in the midwest, and was able to close the deal on Robert Olson, an offensive lineman from Eden Prairie High in Eden Prairie, Minnesota.

Olson chose to come west to Corvallis over a variety of offers. Kentucky of the SEC, as well as the Mt. West's Air Force and Nevada had made offers. It's unlikely eligibility will ever be an issue, as in addition to the Academy, Olson also had offers from Dartmouth, Princeton, and Yale of the Ivy League.

FCS schools Northern Iowa and South Dakota St. from the powerhouse Missouri Valley Conference, as well as Northern Colorado, were also in the mix.

Signing day is in a week, next Wednesday. Oregon St. will host the public at the Valley Football Center, starting at 7 AM. Breakfast and lunch are even available (for $6 and $8 respectively).