It is the Civil War so throwing caution to the wind and rain and going with some truly fan perspectives. Caution: Most impersonal analyst thoughts have been omitted.

Share All sharing options for: Civil War 2012 Edition: Time to Get Personal

Going into this year’s Civil War we have a situation for both teams that was a bit unexpected. For the UO they still have a shot at an important BCS Bowl (not a surprise) but in many ways in a bit of a disappointing situation losing their controlling their destiny last week. On the other side OSU has come into this game a surprise this season, but again in a disappointing spot in how there were chances to be in an even better position coming in.

What does this all mean for Saturday’s game?

Why I think the UO will most likely win: 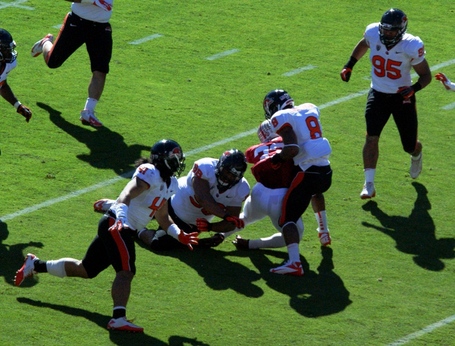 The OSU defense has been strong all season, and has been especially good at Reser.

Why I think OSU actually does have a chance to win this game:

Why I am taking the whole thing personally (heck it is the Civil War!):