Share All sharing options for: Moore Mows Down Ducks

Oregon State freshmen Andrew Moore baffled and confused Oregon on Saturday afternoon, limiting the tenth ranked Ducks to just two hits. The 9-0 shutout win that resulted in front of a crowd of 3,892 put the Beavers ahead of the Ducks by a game in the Pac-12 standings, and barring an awful collapse down the stretch, locked up a National Seed as well.

The win also resulted in this edition of the Beavers passing the 2005 team for most regular season wins in program history. 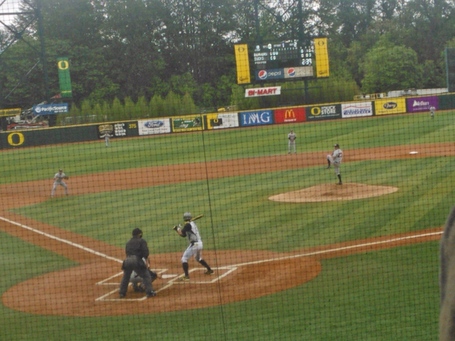 Moore Had A No-Hitter Going At This Point In The Third Inning. The Freshman Ended Up Conceding Two Hits On The Day.

After both pitchers cruised through the opening five innings with ease, Oregon State drew first blood on a Michael Conforto drive to left that ended up carrying and slicing into the Beaver bullpen.

Oregon State added another run in the seventh on another carrying fly ball, this one off the bat of Ryan Barnes. With the way Moore was dealing at this point, two runs seemed like it might have been enough to get the job done, but the fun was just getting started. The Beavers got a 2 RBI single from Danny Hayes, a Ryan Barnes RBI Triple, an Andy Peterson RBI Single, and added yet another run on a wild pitch, all in the eighth inning when OSU sent ten players to the plate. When the dust settled, the Beavers led 8-0 and PK Park was only half-full for the Oregon half of the eighth. 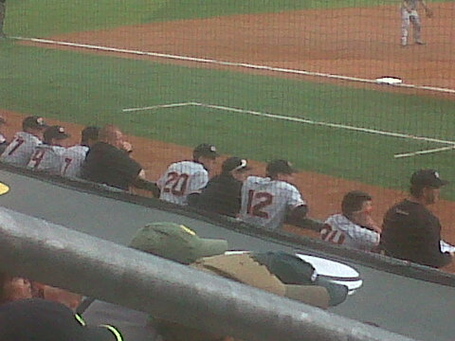 It Was A "Top Step" Kind Of Inning For The Oregon State Dugout, Who Got To Emerge Three Different Times In The Eighth To Celebrate More Runs.

After adding the final run of the game in the ninth on a Dylan Davis sacrifice fly to center, Moore returned to close the game in a workmanlike fashion. The freshman got two long flyouts to start out the final frame before a groundout to first put a cap on the ballgame. 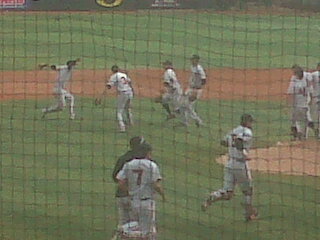 Moore improved to 11-1 with the victory, becoming the first pitcher in the Pac-12 to do so in 2013. Moore's 11 wins also surpassed Sam Gaviglio's record of 10 for most wins by an Oregon St. freshman. Duck starter, freshman Cole Irvin, took the loss, dropping 10-3 on the season. 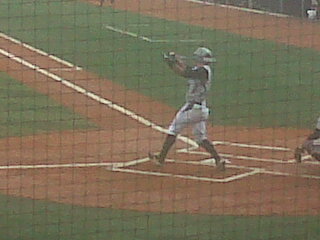 Moore Recorded Two Strikeouts In His 11th Win Of The Season

Oregon State's balanced attack at the plate was the key to this one, something that has been lacking in the past couple of weeks. Peterson, Hayes, and Barnes all combined for six RBI's, protecting the batters in front of them that were either pitched to carefully or intentionally walked.

Oregon State will attempt to take the official and outright conference lead heading into the final week of the season (a loss would mean tie at the top, with the tiebreaker going to Oregon) tomorrow, throwing junior southpaw Ben Wetzler. Oregon will counter with sophomore Jake Reed, who enters the game with a record of 6-3. First pitch is slated for 12:00 PM and will be televised on the Pac-12 Networks. 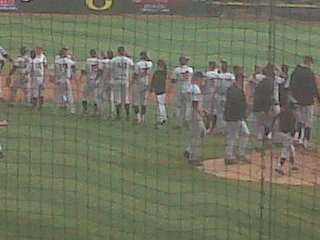 All photos via Connor Pelton