Oregon St. has landed their first recruit for the 2014 football season. Nick Mitchell, the younger brother of current Oregon St. sophomore offensive lineman Josh Mitchell, accepted a scholarship offer from Beavers head coach Mike Riley.The younger Mitchell is a 6'2", 195 lb. quarterback from Mount Si High School in Snoqualmie, WA. He has been clocked at 4.5 in the 40. 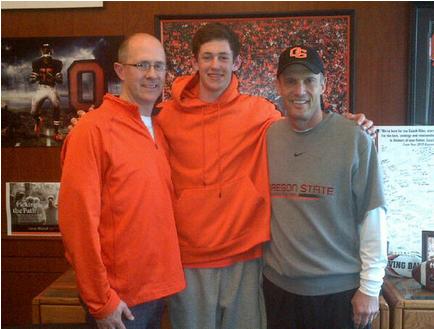 Mitchell threw for 2,329 yards, and 33 touchdowns against only 6 interceptions in the 2012 season, and was named to the All-KingCo Conference first team.