In a game that had some good with a little ugly the Beavs hold off the Montana State Bobcats for a 78 to 65 win in the 3rd annual Nike N7 Game.

Share All sharing options for: Oregon State Basketball wins 78 to 65 over Montana State

It wasn't the most perfect of basketball games but the Beavs basketball team takes a little (a tiny little) sting out of yesterday's football loss with a win over Montana State in today's late afternoon Nike N7 Game game.

The game started out questionable with Montana State hitting shot after shot and taking an early lead. The Beavs, wearing their annual turquoise Nike uniforms in honor of Native American Heritage Month, held tough and took control with the help of Joe Burton's sixteen points in the first half, many of coming off offensive rebounds and loose balls. The Beavs then took control with their height advantage and a couple long, and timely bombs by Olaf Schaftenaar, below, helped extend the Oregon State lead at half to 45 to 31. 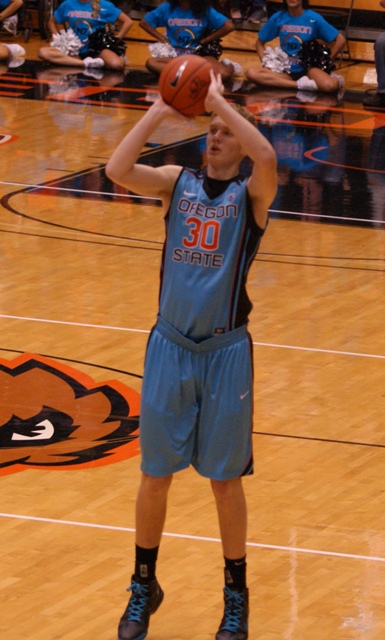 Freshman Olaf Schaftenaar impressed head coach Craig Robinson, not only with his 3 made 3 pointers, but also his 3 blocked shots.

The second half opened a bit ugly with OSU making some turnovers and allowing Montana State to close to single digits, but Ahmad Starks and Challe Barton both hit some key shots to extend the lead back up to fourteen points at the 14:00 mark. But later on a spectacular Montana State slam the Bobcats took advantage of some sloppy play to pull within nine. Schaftenaar though comes in and hits a key three at about the ten minute mark to extend the lead back to double digits, but the over-aggressive Olaf shooting did allow Montana State some break outs to get back to eight. The Beavs just seemed to lack the inside game until late in the game, which was a bit surprising with the obvious advantage they had over Montana State at the forward position, but Burton came back in and re-established the OSU in the paint advantage, overall it was Joe's night.

Montana State though played a really scrappy game, especially from the 3-point arc and with second chance points. The Beavs continued to struggle to completely put the Bobcats away. One thing to be said though is that the bench rotation did have Coach Robinson putting into the game freshman Langston Morris-Walker, Jamal Reid, Victor Robbins, and Schaftenaar. The game never felt in doubt in terms of a win for the Beavs, but did feel like it could have been a cleaner and more dominant type of win. 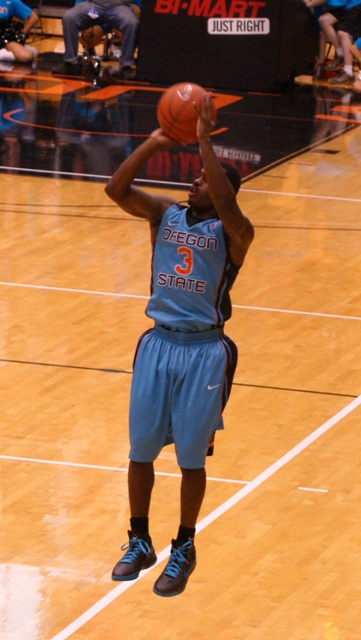 Both Burton and Moreland had double doubles, as both had 10 rebounds. Ahmad Starks just missed a double double, with 9 rebounds, 8 defensive, which earned an appreciative shout out from Robinson.

"Ahmad wasn't having a great offensive game, but he found a way to get 8 defensive rebounds to help his team," Robinson noted, "and that from the smallest guy on the floor; that says something."

The Beavs have five days off and play the 12th (AP) ranked Kansas Jayhawks at the "neutral" site of Kansas City, MO this upcoming Friday. Tonight's game was a bit of a test without Angus Brandt, but it will be nothing like the inside test the Beavs will have against Kansas's big men. 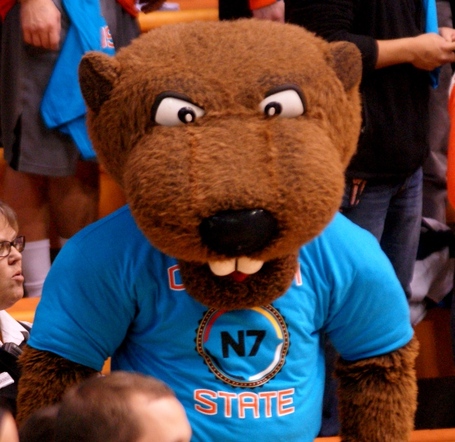