Picking Up The Pieces

In which I try (and likely fail) to gather my thoughts in some sort of coherent and meaningful matter.

Share All sharing options for: Picking Up The Pieces

When a common event or process ends in an uncommon result, we are caught off guard. It's surprising, scary, even. And it changes the way we think for a certain period of time. Finding a bug in your shoe means in the future you'll shake it out before putting it on. Stubbing your toe on a table makes you take that turn extra wide. But eventually, things go back to normal. You blindly slide your feet in. You brush the table as you go by.

Two years ago, the Beavers lost to FCS Sacramento State. The time it takes to recover from an FCS loss and go back to normal thought is certainly longer than two years. The Sacramento State references and jokes were flying well before kickoff on Saturday. Although we wish we could have, nobody had forgotten that the Beavers lost to the Hornets in 2011. I don't think there was a single Beaver fan taking this game for granted. We're much too close to the last unexpected outcome to assume we'd get the expected one.

I'm not sure how having the Sacramento State loss in the back of our minds affected other's feelings about the game, but it made everything feel surreal to me. To be cliché, the game was a train wreck that I couldn't look away from. I caught myself smirking in (dis)belief while watching Vernon Adams tear up the Beavers defense. I shouldn't have been able to believe it was happening again, but I could. They do lose to Eastern Washington.

In this article, I'm not going to be doing any of the "I wish w had done x," or the "now y needs to z.". Myself and others have done plenty of that elsewhere, and will likely do plenty more.

For now, after the disaster, we're at a crossroads. Actually, it's more like one of these: 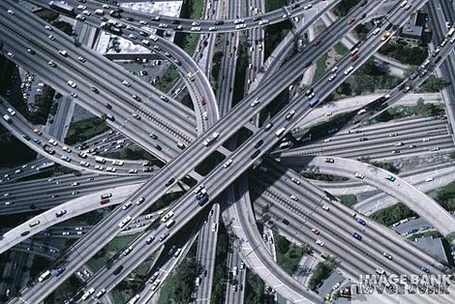 But, many fans seem to think we're on a one-way road to 0-12. I don't think any of us are particularly qualified to make a prediction about the rest of the season; we're entirely too disarmed for that right now. That being said, I find it hard to believe we just watched the best game the Beavers will play this season.

I don't think it's reasonable to say that last year's defense lost 3 starters and suddenly their best effort is to give up 600 yards to EWU. That seems impossible. As Andy pointed out in the recap, Jordan Poyer did play the all-important role of making on-field adjustments, which increases the gap he left behind when he graduated. His departure hurts a lot, but that still shouldn't translate to the performance we saw Saturday.

Nonetheless, it's up to the players and coaches to respond. Obviously, the fact that they can do better isn't a guarantee that they will. But if they only win 2-3 games, I don't think we can blame it on talent or poor coaching. We can place the blame on an inability to pick themselves back up off the mat after this demoralizing loss. I don't think a team that went through the 2011 debacle and returned in 2012 openly admitting they were using the previous year as motivation is going to roll over and revert to a 2011-level in 2013.

And don't forget that the road to success has been paved. In 2010, Virginia Tech lost to James Madison in week two, but finished 11-3 with an Orange Bowl appearance. Everybody remembers 2007, when #5 Michigan fell to Appalachian State in the first week. But we also should remember the Wolverines knocking off Florida in the Capital One Bowl.

Barring a Civil War victory, this team will likely be known, on a national stage, as the team that lost to Eastern Washington. But if the Beavers wanted a chip on their shoulder, they just got a huge one. I'm confident they can still make some noise in the Pac-12.

The Sacramento State game was a sucker punch to the gut. This year, fans were flexing. We have to hope that the players were too.