Oregon State tops Portland for its 20th straight win against its in-state rivals.

Share All sharing options for: Beavers Cruise Against Pilots (Again)

Beating a team 20 straight times in baseball is very difficult, no matter what level the two are at. But Oregon State managed to accomplish that feat today, knocking off host Portland, 9-6, in a game that wasn't as close as the score indicated. I think some of it must have to do with the fact that even when the Pilots are playing at home, it still feels like a road game. Portland area Beaver fans flock to Joe Etzel Field whenever they get the chance, and that has to dishearten the Pilots a bit. But still, 20 consecutive wins is damn impressive.

Oregon State fans first got a chance to really get into the game when the Beaver bench was issued an unnecessary and stern warning in the bottom of the third from the first base umpire for arguing balls and strikes. Yes, that is as confusing as it sounds. But it did provide some humor and heckling fodder for the rest of the game, so that was fun. 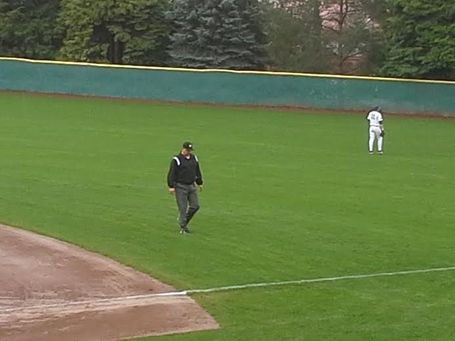 The First Base Umpire After Issuing Oregon State's Bench A Warning

Freshman Jake Thompson got the start for the Beavs, and the right hander ended up getting a no decision after throwing three innings and giving up two runs on two hits. He got into trouble twice with control issues, walking two then giving up an RBI single in the first, then allowing another run on a wild pitch in the third. It wasn't all bad though. Thompson flashed some nice command at times but ultimately proved what we knew coming in, that he is more suited coming on in relief.

The Beavers let it be known from the beginning that they didn't make the 90 minute trip up north to mess around. The top of the first included five hits, an RBI sacrifice fly, a balk, and a stolen base, most of which occurred before the majority of fans found their seats due to the umpires starting the game three minutes before the scheduled start time. The result was a 4-0 advantage before Portland even got to pick up a bat.

The next scoring outburst came in the fifth, when Pat Casey's club added three dagger runs on a Dylan Davis double and Gabe Clark base hit. Those knocks made the score 7-2 and took any thoughts of a comeback away. Davis would pick up another RBI an inning later, and Jared Casper homered down the left field line in the seventh to make it 9-2.

Davis' 3 RBIs moved him past Michael Conforto for the team lead, and therefore the Pac-12 lead, in RBIs for the season.

The Pilots didn't die quietly in the ninth, adding four runs to make the final score 9-6 as Casey and the coaching staff experimented with the bullpen. 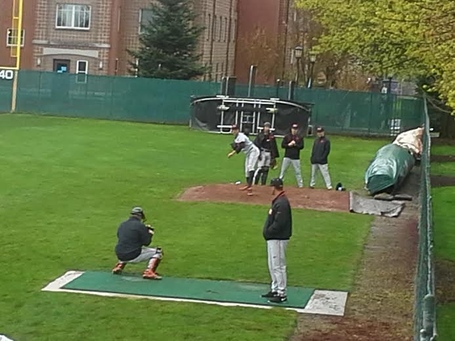 Midweek Games Are The Perfect Time For Experimenting With The Bullpen

The win was Oregon State's second in a row and its third of the last four. The Beavers now sit at 22-6 on the season heading into a three game series with Stanford in Corvallis this weekend. The Beavers will send senior Ben Wetzler to the mound for a 5:05 PM first pitch on Friday.

Portland's losing streak has now reached 13. They will try and snap the skid tomorrow at Seattle. The Beavers need them, and all of their non-conference opponents, to start winning in order to improve their RPI.

My Beaver baseball road trip is now complete, and I've seen two wins in two tries over the course of five days. The weather was decidedly different between the two locales, but they were fun nonetheless. 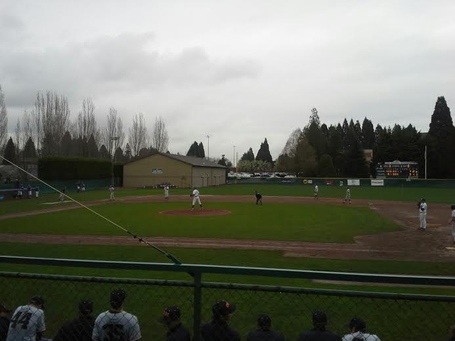 All Photos By Connor Pelton (@ConnorPelton28)