Big congratulations to the womens' basketball team on a Civil War sweep!

One month from today is first pitch.

228 days until kickoff vs. Portland State...

ESPN's Pac-12 blog is putting together a season review for all twelve teams, and Oregon State's went up last Thursday. They grade the overall season as a C-. Seems fair. They also put together a Pac-12 All-BCS era team. One Beaver made an appearance.

Pacific Takes ranks the top 12 NFL Draft prospects from the Pac-12. Crichton and Cooks come in at #8 and #11, respectively. They also look at each team's best prospect, naming Drew Clarkson of Camas, Washington, as Oregon State's best prospect, and they like the Beavers' chances of holding on to him.

Rashaad Reynolds will play in the East-West Shrine game on January 18, in St. Petersburg, Florida.

They also put together an "All-Bowl Team" for the conference, and Seumalo, Crichton, Johnson, and Reynolds get nods here.

Now that the NFL's regular season is done, mock drafts are going to start ramping up, particularly once the NFL season finishes. This one, done by Josh Sanchez at Fansided, projects Scott Crichton going #32 to the Seattle Seahawks. That, of course, is implying a Seahawk Super Bowl win. As a Seahawk fan, I love everything about this projection. XN Sports has some additional draft analysis on Scott Crichton.

The Gazette-Times reports on, and has some reaction to, the 2014 Pac-12 football schedule. OSU's official website has some information, as well.

Oregon Live has video of the press conference that Gary Payton had at Gill before Gary Payton night last Saturday.

The Lady Beavers won their sixth Civil War in a row, defeating the Ducks 88-80 on Saturday. Monday night, they took down the Ducks 84-70 at Gill to make it seven in a row. I kind of like how the womens' basketball team does the conference games, taking up only one weekend with back-to-back games. This, of course, gives me a reason to bring this picture back into the rotation. Figure I should get it warmed up for baseball season. 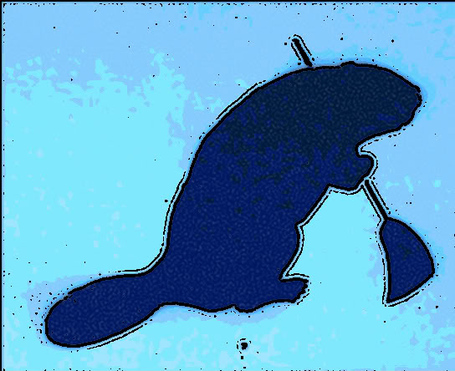 Seven in a row is impressive, I don't care what sport it's in. Seven! What's in the box? Another Beaver victory!

Sydney Weise of the women's basketball team is featured in a story on O-Live. Weise, from Phoenix, Arizona, is also the Pac-12 Freshman of the Week.

The Beaver wrestling team took two dual meets over the weekend, defeating Stanford 21-14 on Saturday, and Cal State-Bakersfield 25-10 on Sunday. Both of those teams are conference opponents in wrestling.

The gymnastics team beat that other OSU in a three team meet over the weekend, also topping fellow Ohio school Bowling Green. Interestingly, the Beavers have won in all three trips to Columbus in program history.

OSU put together their top 10 Beaver moments of 2013; many of these aren't athletic related, and the #2 item makes me cringe a little bit. In doing that, I also found something which may only interest me: a full list of construction projects upcoming at OSU. It's about six months old, but it's still a lot of construction.

In honor of Mike Hass making the Pac-12's all-BCS era team, here's a reminder of why he is on that team. (Warning: music contains strong language).

Don't forget to vote in the poll below, and if i missed anything cool, leave it in the comments.