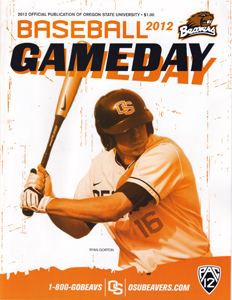 So the team has now been put through the main non-conference motions and where are we at? Before this last Nike Showcase Challenge Tournament (or whatever it was called) I would have said I have some major concerns. I would have also said that I don't really know what to make of this team. But after a very solid 3 and 1 record coming out of this series I have some more confidence. I was able to see in person the Beavs beat Illinois and Oklahoma and I won't totally sugarcoat things and say that all is great and the team is ready to go, but at the same time I was impressed.

I was also fairly impressed by the West Virginia game (yes though WVU is a team in transition right now) and even thought the UConn game had some good takeaways. But will say watching the team go down 7 to 0 to Oklahoma and having to sit through wind, rain, and even some hail that I was not in a happy place. The team looked to be struggling again with the bullpen (no idea why they started Davis), the defense was sloppy at best, and the offense was not doing anything. What happened at the end gave me hope though. Riley Wilkerson came in and calmed down things enough to keep the team in the game, and the offense and defense both responded. I may have been overly excited but I noticed a team go from being chippy at each other and flat to a team that got a spring in their step and couldn't be totally restrained getting on the field to celebrate with each other! 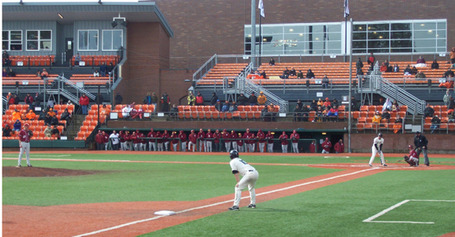 Don't get me wrong, the Oklahoma game was not a perfect one by any means but it showed a depth and heart to this team that I was starting to doubt. I personally feel it is a very important game for the team to build on. Will they though is once again the question. And to look at the possibilities I want to go back to my season preview watch areas. 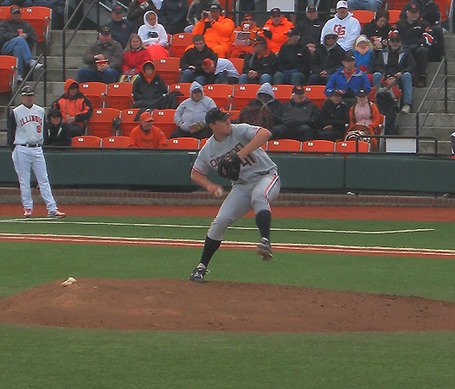 Pitching: I think basically Pat Casey has summed it just fine here and the pitching "hasn’t been anywhere near where it needs to be.’’ (Oregon Live. I think Ben Wetzler is starting to find his form, but has a little ways still to go. I really am liking what Dan Child has shown us of late. Tony Bryant and Matt Boyd have been fairly solid. But from there not sure who the team has for other go to guys in any of the areas of the rotation. For the sake of reviewing my initial questions here are the two categories I initially wondered about:

Offensive Leadership: For me this one is easy. We have two VERY good freshman batters in Dylan Davis and Michael Conforto. These two will continue to impress and will give conference teams fits at times being new to the line up. But I totally agree with one of the guys on the BSN radio and we need the seasoned people to step it up another notch. I think Ryan Barnes, Jake Rodriguez, and Ryan Dunn all have been fine and they all have had some timely hits on their resumes. I will say they also have not always hit when called upon and more consistency will be key if (and when) the two freshman stars hit their tough spots. That said though I'm more concerned about John Tommasini, Danny Hayes, and Kavin Keyes. Those three are hitting .270, .191, and .192 respectively. These are three very important guys. I'm especially confused about Keyes who is an all league player playing without a lot of confidence right now on both sides of the ball.

Replacement of Key Skill Positions: Mixed bag here. My initial concerns were the outfield and the catcher positions. I think the outfield is fine overall. Some inexperienced mistakes have happened out there but also some very nice plays have happened. I feel okay about this unevenness overall because at the same time we have more seasoned players like Barnes and Max Gordon who can fill in and also start when needed. 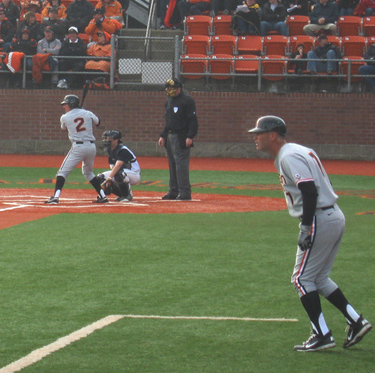 Catcher though has been interesting. With all the talk of Ryan Gorton coming in and how well he did in the off-season I still have my initial questions. He does not look to yet have the arm nor the offensive at the plate presence to be an anchor behind the plate for the team. I like Gorton and how he seems very versatile and a team player, but right now I would personally say the starter there should go to Rodriguez who has shown some good defensive and offensive presence so far this season.

Also in a short addition to my original preview thoughts, I just personally think right now the infield should go with Dunn (3rd), Smith (shortstop), Tommasini (2nd), and Hayes (1st). I think Keyes very much needs playing time to work things out, but that should not happen during the early stages of conference play. Just my opinion though.

Pac-12 (11) Conference Title Chances: Right now I'm downgrading my thoughts here for OSU and I think this year is going to be tough in conference play for all teams. I think with this young team we have that a solid top five finish will be a very good showing. I still totally think the Beavs will be in the mix, but to say they have title contender hopes is a bit of a stretch right now. Don't get me wrong here either for I am not totally saying this is downgrade of my hopes for the Beavs, but much of this is really more about how I think there is no argument that the Pac is Stanford's to win or lose this season. It is baseball and lots of games still to play. As such OSU has shown this last weekend that they have the talent to play with top notch D1 teams, so in no way am I counting the team out. 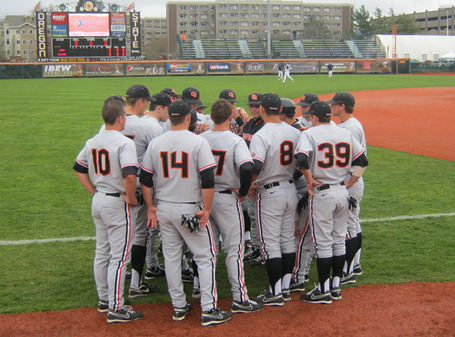 So in conclusion I feel that there are still a lot of questions left, and for pitching more than I would have liked coming into to conference play. I also feel the team has shown some really good bounce back at times, especially in their wins against Kansas State and Oklahoma. I think overall that it will be a season that is going to both tax and reward our patience as fans, but in the end that is what it is all about being a fan! I'm looking forward to it all and learning more about this bunch of young men as the season moves into conference play.