Share All sharing options for: Oregon St. A Hit At Pep Rally

Despite being a long way from home, and deep in the heart of Texas, Oregon St. and Beaver Nation did themselves proud at tonight's Valero Alamo Bowl Pep Rally on the Riverwalk in San Antonio,

The Orange ones were out in force, numbering well over a thousand, and outnumbering Texas by about a 3:2 ratio. 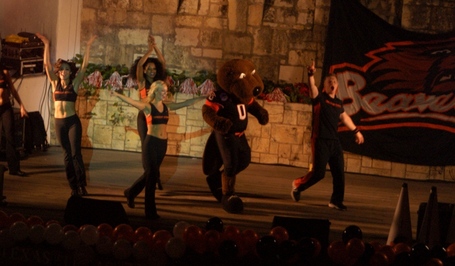 Benny and the cheerleaders take the stage on the north bank. 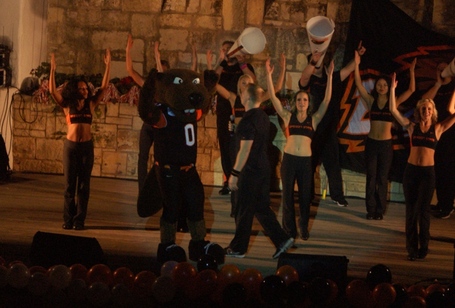 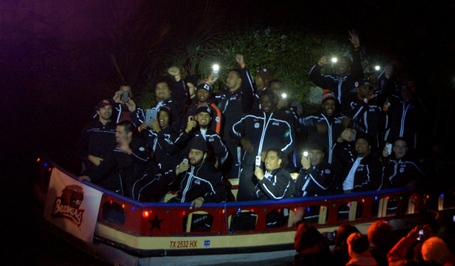 The team floats by on the Riverwalk barges. 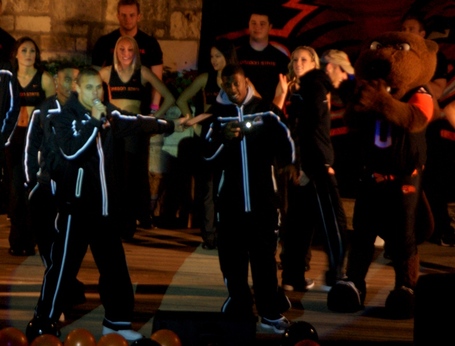 Jordan Poyer, above introducing Storm Woods, who has been everyone's travel guide, stole the show. If he doesn't make it as a pro, someone should lose their job as a talent evaluator, but Jordan will still succeed as an on-stage emcee! 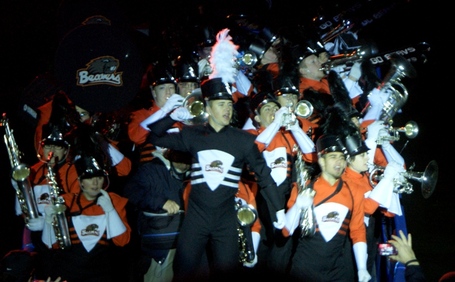 And the always excellent OSU Marching Band proved they are just as good at getting Beaver Nation fired up from a barge!

The team finished full-out practices for the season today, and the band spent the chilly morning practicing as well (it was cloudy all day today in San Antonio, with temps in the 30 and only rising barely into the 40s as the team and band both fine tuned things for Saturday night; we could have done that at home at Truax!). Tomorrow will see more of the benefits of the bowl trip, including exploration of the Alamo, and the downtown, and the band's turn at SeaWorld, where the football team was Wednesday.