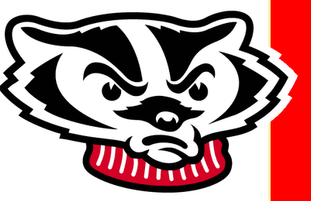 The Beavers rallied from 15 points down in their opener, only to fall to FCS Sacramento St. 29-28 when the Hornets converted a two-point conversion in the first overtime period.

The Badgers served notice that they could be headed for a repeat of last year's Rose Bowl appearance with their 51-17 rout of UNLV last Thursday.

Wisconsin got 4 touchdowns from Montee Ball, while Oregon St. got 3 from Malcolm Agnew, and an NCAA leading 233 yards. Ball is healthy, but unfortunately, Agnew isn't, having pulled a hamstring Monday in practice.

Oregon St. will need another big day from special teams, something they did get against Sacramento St., despite freshman Trevor Romaine, who missed what would have been the game winning field goal. In addition to Romaine otherwise having a perfect day kicking, punter Johnny Hekkar leads the Pac-10 in punting, and Malaolm Marable in kick return average yardage, after opening week.

In addition to Ball's exploits, Wisconsin got a Big-10 Offensive Player of the Week honor earning outing from QB Russell Wilson, in his first start as a Badger, after transferring from North Carolina St.

Here's the place to dis-sect and discuss the game as it unfolds on ESPN, and share your thoughts afterward, as to how the Beavers should go forth into their bye week.