Share All sharing options for: Beavers In Corvallis Regional Driver's Seat After 5-1 Victory

What I Saw at Coleman Field

You couldn't have asked for a better night to play postseason baseball, as a crowd of 3,105 enjoyed 80 degree temperatures and a 5-1 Beaver victory. The Beavers kept the momentum they had from last night going as they scored one run in each of the first and second innings to take a 2-0 lead on the Blue Jays. Creighton cut the deficit to one on a solo home run in the fifth, but another Beaver run in the sixth and two more insurance runs in the ninth put Oregon State comfortably ahead.

With the victory, Oregon State clinced a spot in the regional finals. The Beavers will face the winner of the Georgia-Creighton at 6:00 PM tomorrow night, and if the Beavers lose in that one, they will play a winner-take-all championship game on Monday.

From the very first at-bat of the game, it was clear that the Beavers were coming out in attack mode. Ryan Barnes led the game off with a single and that set the tone. Barnes came around to score on a wild pitch to give the Beavers a 1-0 lead, something very important when Gaviglio is on the mound. 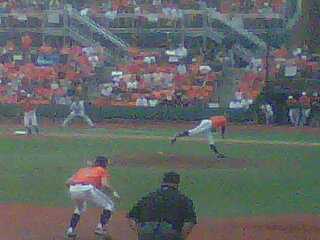 Beaver starter Sam Gaviglio was staked to an early lead and pitched an incredible game.

Oregon State kept the pressure on Ty Balch and the Blue Jays by adding another run in the 2nd. This time it was 3rd basemen Carter Bell who led the inning off with a single. Bell would come around to score on a RBI fielder's choice by Ryan Barnes. 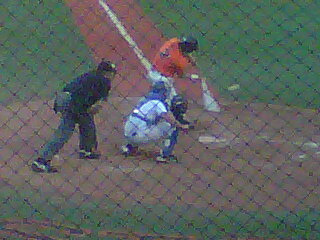 Carter Bell swings through strike three in the 8th inning. Bell finished the day 2 for 4 with a run and an RBI.

Blach settled down and Gaviglio remained dominant after that, with the Blue Jays scoring their first, and only, run in the fifth inning. Mike Gerber blasted a ball to straight-away center field to cut the Beaver lead in half, but Oregon State got the run right back in the next inning.

After a one out double by Parker Berberet, Berberet moved to 3rd on a passed ball. Carter Bell wasted no time driving him in, ripping a single to right field to give the Beavers a 3-1 lead. 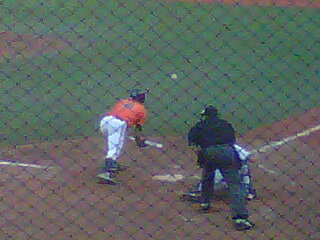 Berberet sprints out of the box after laying down a bunt in the 8th. Parker finished the day 1 for 3 with a run.

The game stayed quiet from there up until the ninth. Garrett Nash led of the inning with his second home run in as many days, an absolute shot over the tall fence in left field. The Beavers were not done though, as Kavin Keyes made clear with a two out single. Andrew Susac stepped up to the plate next and ripped a double to right-center field. That would be enough to score a flying Keyes, and the Beavers had a 5-1 lead.

Despite having Matt Boyd warmed up in the bullpen, the Beavers sent out Sam Gaviglio to finish his complete game. Sam did just that, getting a 1-2-3 inning to close out the Blue Jays. 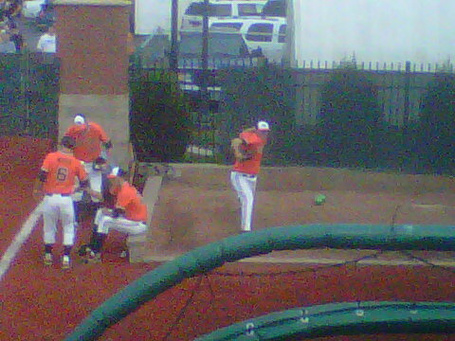 Despite having been warmed up for a good two innings, Matt Boyd (Above), never made his way out of the bullpen.

More notes and pictures after the break

Overall, this was a great game for the Beavers. Even since trailing 4-0 against Arkansas-Little Rock, this team has looked diferrent. I loved our approach at the plate. Instead of taking a lot of pitches, we came out swinging and loose.

Now we wait for the winner of the Georgia-Creighton game. I like the pitching matchup with the Bulldogs a lot better, as they will most likely start Patrick Boling (1-2, 5.62) against us tomorrow night. So, I'll be rooting for the Dogs tomorrow, but no matter who we face, we are going to get their best shot. 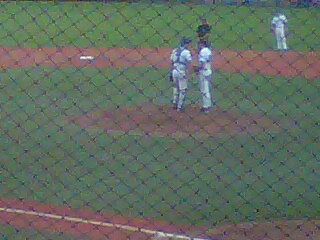 Meeting at the mound between Creighton catcher Scott Thornburg and pitcher Reese McGraw. 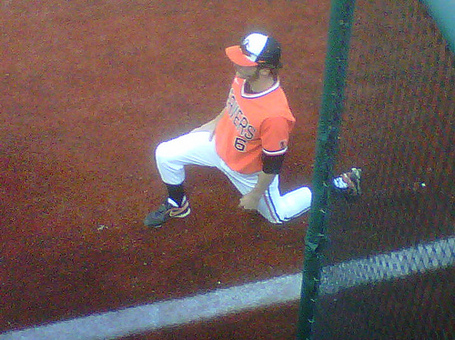 Right fielder Michael Miller stretches before entering the game in the 9th inning. 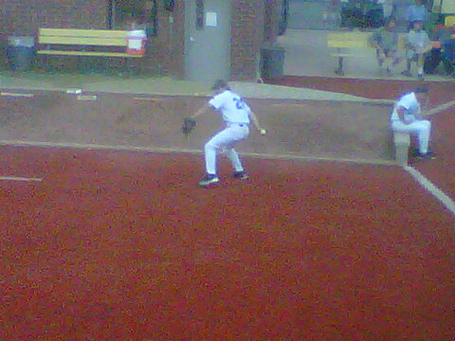 Kurt Spomer warms up in the Creighton bullpen. 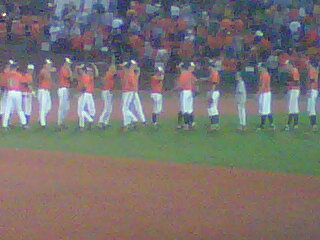 Oregon State players congratulate each other on the win. 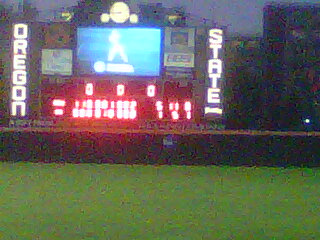