Oregon State and Portland meet at 5:35 PM west coast time tonight for a quick mid-week game between the Beavers and Pilots. After tonight's game, the Beavers are off until Friday, when they will face the Washington Huskies in Seattle, Washington.

Oregon State comes into tonight's game with a record of 34-11. The Beavers have good wins against Connecticut, Arizona State (3), Stanford (3), UCLA (2), and California (2). Oregon State has other solid victories against Gonzaga (2), Oregon, Long Beach State (2), and Arizona (2).

The Beavers are currently on a one game winning streak after defeating California, 4-2, on Sunday afternoon in Corvallis. The Golden Bears took a 1-0 lead in the game on a leadoff home run by Tony Renda, but Oregon State answered in the bottom half of the inning with two runs. Oregon State would eventually stretch the lead to 4-1, and the final was 4-2 after a Cal rally in the eighth fell short.

Brian Stamps scored in the first, second, and seventh innings for the Beavers, going 2 of 3 at the plate with a walk, and stealing two bases.

The Pilots come into the game with a record of 17-24. Portland's only good wins have came against Hawaii (Twice), but the Pilots also have solid wins against Oregon (2) and George Fox. The Pilots are currently on a one game lsoing streak after falling to St. Mary's on Saturday.

Portland is by far out of contention for an at-large bid into the NCAA Tournament, but the Pilots still could win the WCC and take the conference's automatic bid into the tournament. Portland is currently 3.5 games back with 9 WCC games still to play.

Last weekend in Moraga, California, the Pilots took two of three games from the St. Mary's Gaels. After today's game with the Beavers, the Pilots will return to action on Friday when they host the Gonzaga Bulldogs. 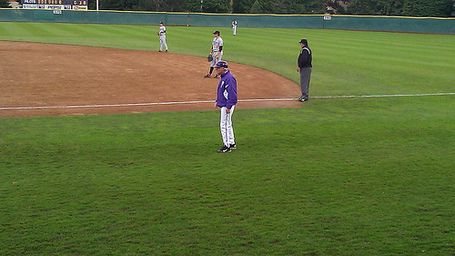