While watching the WSU game, I found that it was like watching a completely different team than I had in weeks past. That includes the Arizona game where while OSU did win, they were not dominant and required a special teams touchdown to help spark the Beavs. The victory against WSU finally saw OSU beginning to play up to their talent level, a prolific passing offense and an acceptable defense, which led the Beavs to a dominating 44-21 final score. In my eyes there were three factors that really lifted the Beavers, the first of these being QB Sean Mannion. 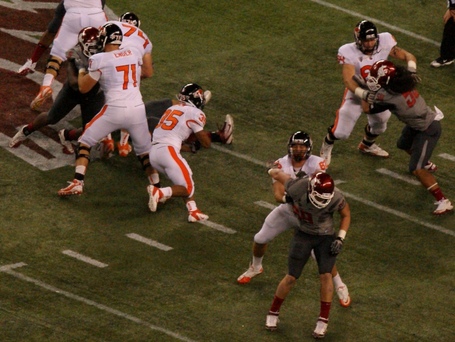 Oregon State really seemed to grow up last week and we can only hope for continued growth against a beat up Utah team. The potential has been there all year and the Beavs are finally beginning to tap into it. Things are looking up, but now the Beavers are looking straight at a Utah team still looking for their first Pac-12 win. Hopefully these young players will continue to play well and help lead to another OSU victory.