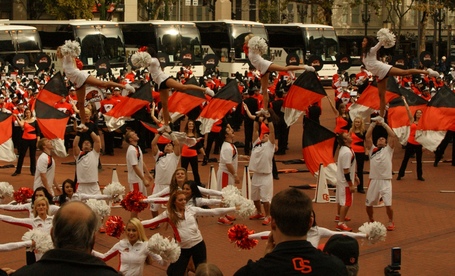 There was only one attempt to shout a "political" message over the cheerleaders' performance. That was a poor idea, and one quickly drowned out by 235 band members primed to "rock and roll". 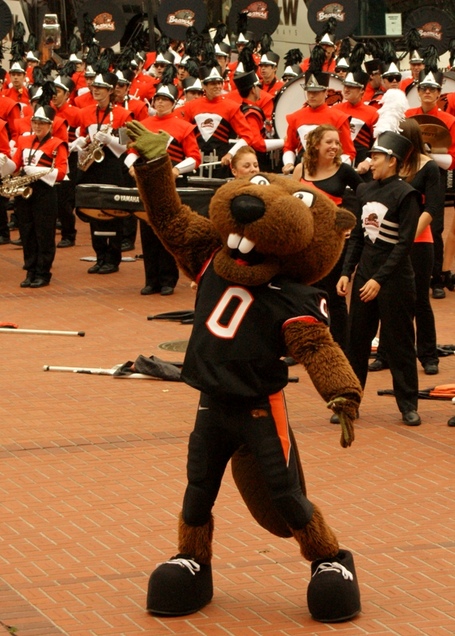 And then it was on to Seattle.