So we have reached the halfway point in the OSU football season and while things are tough there are some good things going for this team. This brings up the idea of which player currently means the most to the Beaver football team. Several players could have an argument made for them, but I am going to list my top five in no particular order.

More candidates after the jump. 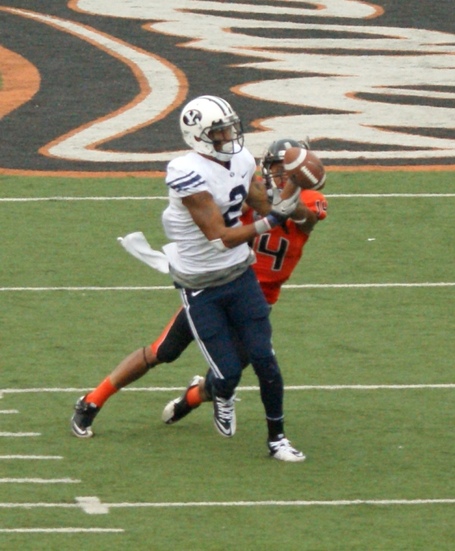 My pick: Jordan Poyer. He does so much for this team in more than one phase of the game and really has a knack for the big play. Without Poyer, this team is in even more trouble than they currently are. Of course, arguments could be made for other players, for instance a vocal leader like Kevin Frahm, or someone could say Sean Mannion if one were so inclined, but I believe that Poyer's impact is much more felt than anyone else on this current OSU team. Just a reminder that even while times are tough there are some things to help make watching this year of Beaver football a little more manageable.