Final Thoughts On The Start of the Cougar Quinella

Share All sharing options for: Final Thoughts On The Start of the Cougar Quinella 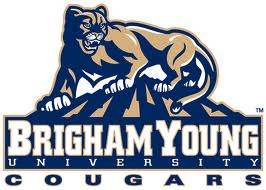 Oregon St. (1-4, 1-2) steps outside the Pac-12 for the final non-conference game today, taking on BYU (4-2), who left the Mt. West to become an independent for football this season, where all their games are non-conference.

The rematch of the 2009 Maaco Las Vegas Bowl is the first of back to back games where the Beavers could get clawed, as they will followup today's game with the Blue Cougars with a trip to Seattle next weekend to take on the Cougars from Pullman that we are more familiar with.

Both teams come in on an uptick, after the Beavers beat Arizona 37-27, and the Cougars downed San Jose St. 29-16. Both teams played their best game so far this season last week, but both also faced very weak opposition.

The game is particularly important for Oregon St., as the Beavers, after a 2 game home stand, will be on the road in 3 of the next 4 weeks. All the road games qualify as "winnable", and 2 will be somewhat neutral sites. But they are still Pac-12 opponents, and games away from the comfortable, orange surroundings of Reser Stadium.

Oregon St. is a 2.5 point favorite, an interesting line, given they had lost 6 in a row, and 8 of 9, before bouncing back to beat a reeling Arizona team that has lost 10 straight against FBS foes, and fired their coach after being beaten by the Beavers. Especially given that BYU has won 3 in a row since a much more widely noticed disaster, where they committed 7 turnovers in the process of being blown off their own field by Utah 54-10 in the Holy War.

The Blue Cougars also beat the Beavers 44-20 in that last meeting, on a cold, windy night in Vegas, where Oregon St. struggled all night. the last, and only meeting between the teams since 1986. Overall, Oregon St. leads the series 5-4, and this is the 7th meeting in Corvallis.

This is where we will learn if Oregon St. is really on something of a steady rise, or if last week was just a brief uptick. It's one thing to beat a down-trodden team coached by a dead man Stooping, but another to take down a team that looks like they are headed for their 7th. consecutive bowl appearance.

The Beavers usually show dramatic improvement in October, when they are 38-15 since 2004. Even last year, they went 3-1, and were one play from a perfect month. The collapse didn't really come until November. So its reasonable to expect the improving trend over the last 2 games to continue.

However, I still remember well how badly out-classed everything about the Oregon St. program was by Mendenhall's Cougars in Las Vegas. I hope those that remain from that 2009 team, players and coaches, remember too. And that they didn't put too much stock in that disaster BYU inflicted on themselves against a now-struggling Utah team. Because this isn't going to be easy.

The Cougars have benched Jake Heaps, the one-time supposed savior of the Washington Huskies in the post-Jake Locker era, in favor of Riley Nelson, who will be making his second start, and his first one outside of Provo, against the Beavers. Who knew Sean Mannion would be the seasoned veteran this soon? Both threw a pair of interceptions last week. With their combined 4 starts, if you can find an over/under line on total interceptions thrown, take the over.

From the Beavers' point of view, Nelson is another dreaded mobile quarterback that has caused Mark Banker's defense so much trouble in recent years. DEs Scott Crichton and Dylan Wynn will be crucial.

Everyone seems to be picking Oregon St., and I'm optimistic that their ability is indeed adequate to get the job done, especially playing at home, with 40,000 orange friends helping. But I'll be watching to see if the Beavers have adjusted to what the Cougars do well, or if Mendenhall's magic is still working. Last week was about the players; this week is about the coaching staff.

Once again, this is a huge game for the Beavers. We will see if the team can build on their first win of the season and keep themselves in bowl contention, or if they regress back to the special teams and quarterbacking mistakes that will lead to a two or three win season.

I think they do get the win, but it will not be easy. Riley Nelson will surely make things difficult on our defense, despite whatever other threats Scott Crichton will make between now and kickoff. However, the Beaver defense has improved a lot since last season on containing mobile quarterbacks so they should be alright.

After going ahead 3-0 on a Trevor Romaine field goal, the Cougars roll off 14 straight points, both of the drives being very time-consuming and disheartening to Beaver Nation. Oregon State gets the ball back with a minute left in the half and is able to get into field goal range for Romaine, who continues his solid play to get the Beavers within eight. Still, the Beaver offense has looked terrible and fans have a bad taste in their mouth at halftime.

The Cougars get the ball to start the second half and promptly drive down the field for another touchdown, making it 21-6 and being on the verge of a blowout. But Sean Mannion finally wakes up, and along with some help from Ryan McCants, the Beavers score a quick two touchdowns, along with a two-point conversion, to tie the game at 21 going into the final quarter.

After trading punts, BYU puts together another good drive, but this one stalls in the redzone. It looks like BYU will take the lead with a field goal, but instead the Cougars try a fake. Bad idea. The Beavers have it read like Twilight and get the ball in great field position. From there, Mannion goes into complete beast mode. He completes six passes, the final one a fifteen yard strike to James Rodgers in the endzone, and the Beavers keep alive their slim bowl hopes with a 28-21 victory.

2009? Remember that season when OSU was missing the Rose Bowl by five points and playing in one of the most exciting Civil War games of recent memory? Remember also that the biggest let down of that season was then having to play a team fired up about their bowl appearance and the Beavs playing...well playing for an early Vegas spring break? Yep seems like awhile back now I know, but in a strange but semi-interesting full circle that team we took a beating from, because the OSU focus had indeed left the building, is coming to town in a game that in so many ways means more than that Las Vegas [insert your corporate sponsor here] Bowl game.

BYU, and that Bowl game, for me personally represents in an abstract way the possible starting point of the current downward slide for the OSU football program. It is fast coming up on the Halloween season, a season dedicated to paying tribute and exorcising one's demons, well you can see where my melodramatic orange and black connection is going here! Let us now look at some more practical considerations...

The Beavs are coming into this game with finally some good momentum, after their holding off the Wildcats to win last week. I know UA is a struggling program too, but that was a big win nevertheless. The Beavs have a good deal of positives to build upon such as: A young QB looking confident and for the most part very sharp (I really was impressed by his pocket presence and ability to hang in long enough to find receivers and not take big sacks); a defense that went out with swagger and caused all kinds of turnover issues, and then were able to hold off a bold UA come back attempt; a running game that maybe wasn't spectacular but was actually very solid; and overall a pretty solid and mentally focused game by the entire team.

At the same time there were things to work on I know, but all in all this upcoming game against BYU is another possible step to this team establishing itself. I do think the hole, standings wise, is a bit too large for this OSU team to climb out of, but I also do hold out my orange and black shaded glasses hope that this team also can make some noise in ALL their remaining games. Yes I did write "all" there, and this weekend's game, against another team that is having some issues of its own so far, is the next step up on the ladder of building some respectability this year.

In my opinion, BYU is a great opponent to come up against this week. The Cougars have a solid, and unlike UA, a winning record. At the same time BYU hasn't been really clicking on all cylinders yet this year and the Beavs get them at home. So in short, not a pushover game, but it is a winnable game for OSU. I think this bodes well, if the Beavs can win the game, for building some more confidence going into two road games that I also see as potentially tough and potentially winnable.

I really do expect a game much like what we saw last week, My hopes beyond just that W is for: Mannion to step it up yet another notch, the running game come in and be at least as solid as last week, and the defense to also step it up another notch and not let the previously injured BYU QB Nelson get into any type of rhythm.

And I expect some payback for 2009 and for some demons to be exorcised.

Here's Cliff Kirkpatrick's pregame thoughts over at the Gazette-Times.

BTD will be at the game, and back later with full coverage and analysis.