Two Weeks ‘Til TCU In Texas

Share All sharing options for: Two Weeks ‘Til TCU In Texas

Saturday's practice/scrimmage as usual featured a little work on each of a lot of things, but the passing game got the greatest amount of attention, followed closely by special teams, where everything from practicing corner punts to fair catches got some reps.

While Markus Wheaton is back working on both receiving and kick returns, it's clear that right now, the first unit of receivers in James Rodgers, Jordan Bishop, and Aaron Nichols. Some four receiver sets and lots of specialty packages will be in offensive coordinator Danny Langsdorf's tool box though. And the next shakeup could be just a pulled quad away.

Defensive coordinator Mark Banker and linebackers coach Greg Newhouse have to be weighing their options as far as packages as well, though, given the number of players in the rotation. Can they keep both Unga brothers on the second unit? Should they?

It wouldn't be surprising if the secondary remains fluid, and with a bye after the TCU game, there will be a lot more work before Riley has to make any final decisions.

Saturday saw some time on the "jumbo" package on the goal line, and it represented most of the work on the running game. It's also where Ryan McCants excels.

But it's never long before Riley and Langsdorf are back to airing it out, and Saturday saw more deep stuff. Ryan Katz several times dropped balls thrown over 50 yards downfield right on a receiver's hands, and usually it was James Rodgers.

The preseason AP poll has defending National Champion Alabama number one, with Ohio St. who holds the current longest run of being ranked in the top 25 second. And Boise St., the Beavers' end of September opponent, is third. 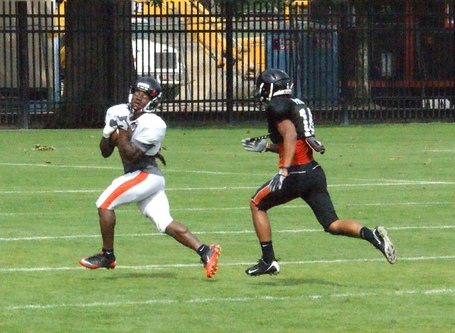 James Rodgers hauls in a pass as he sprints past Jordan Poyer. 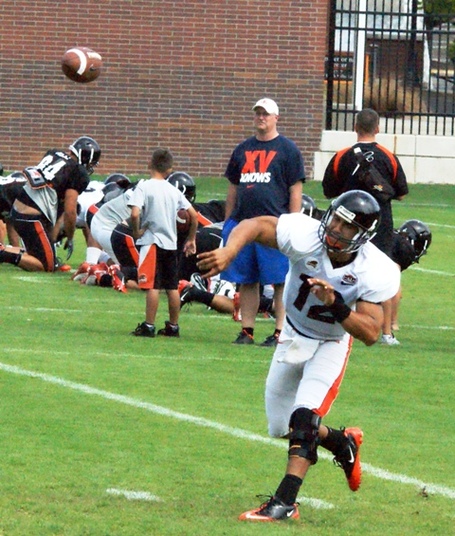 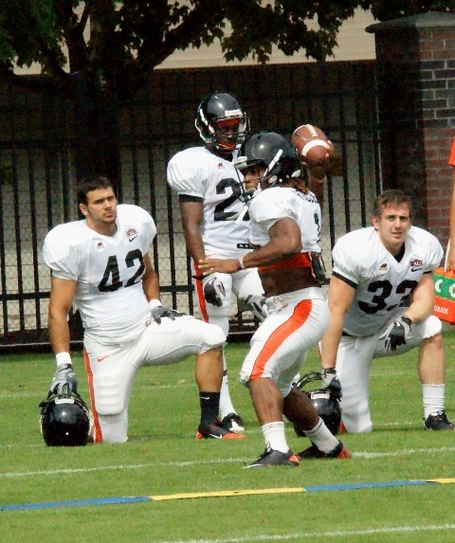 Jacquizz Rodgers got in on passing drills, both running the Wild Beaver, 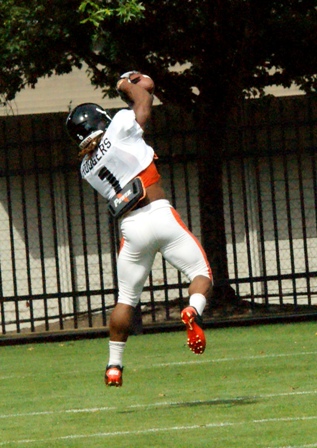 and as a receiver. 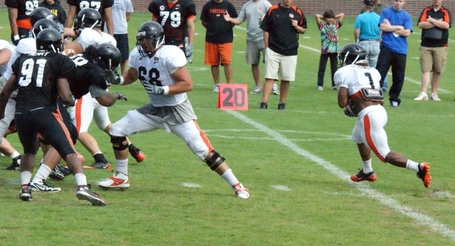 'Quizz also got some more traditional tailback work in.

Wilder McAndrews (68) got a long look at left tackle with the first unit, and looked good. 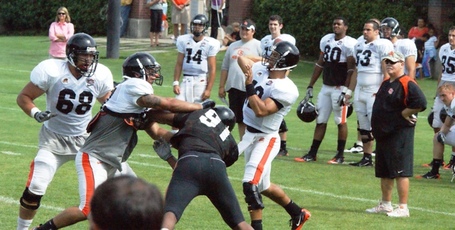 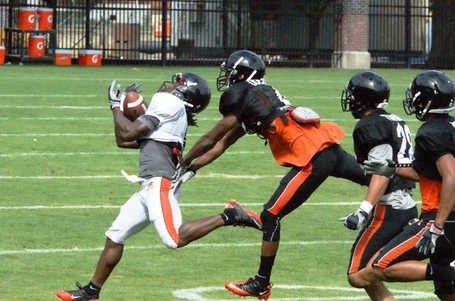 ...and approved the results. 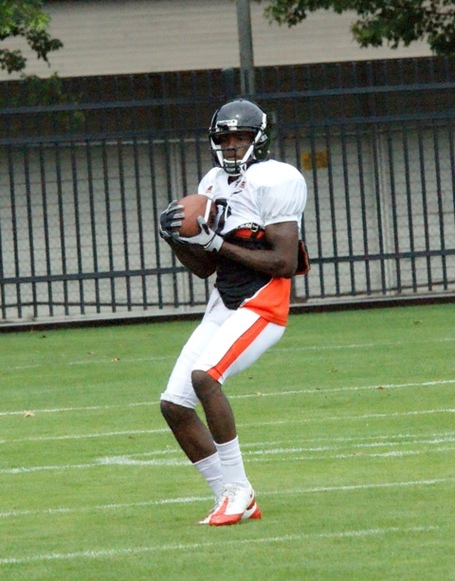 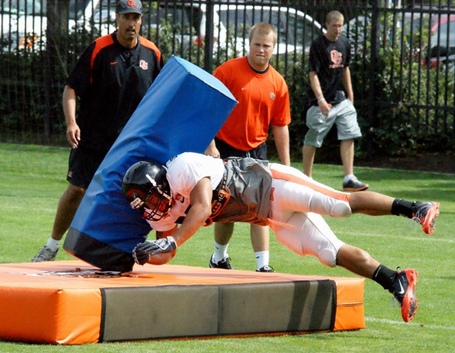 Joe Halahuni demonstrates how to throw a block during the TE/HB breakout session. 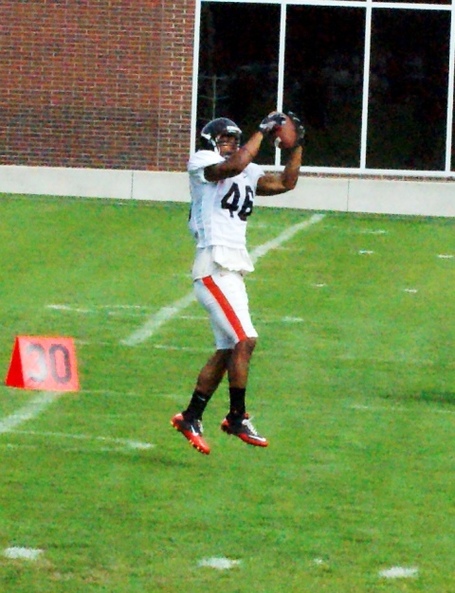 Aaron Nichols escapes coverage for a catch on the far sideline. 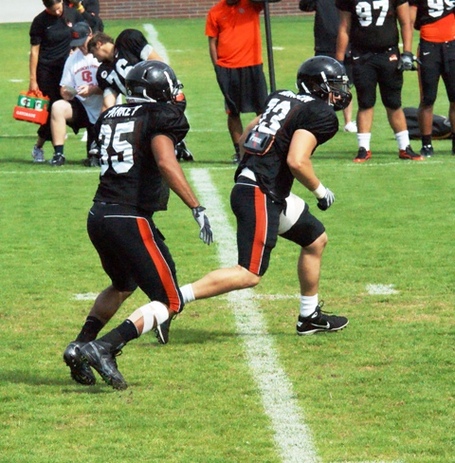 Keith Pankey (35), back from an achilles injury (note brace on right leg), and Reuben Robinson work at linebacker.