My cousin and I embarked on the tremendous task of attending both Oregon and Oregon State's Practices on Monday. Here is the Oregon Recap.

The Ducks took the field under a cloudless blue sky for their 7th Practice of the season on Monday. There were about 50 people in attendance. Below are my notes on what took place. Feel free to ask any questions.

Overall it was a pretty good experience. After the break you can find a couple cell phone pictures, which apparently is frowned upon. So I might have to take them down. 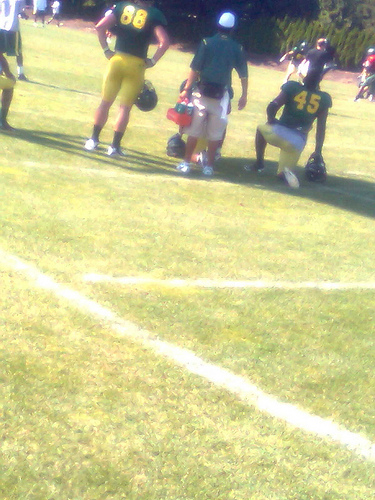 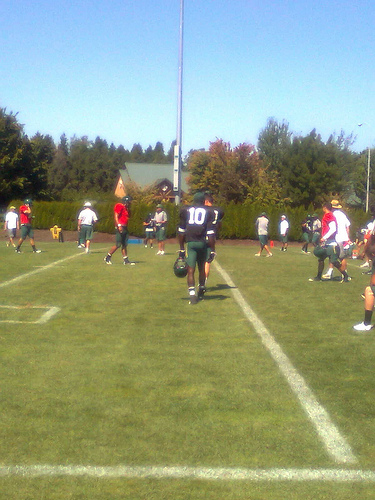 Drew Davis comes off the field 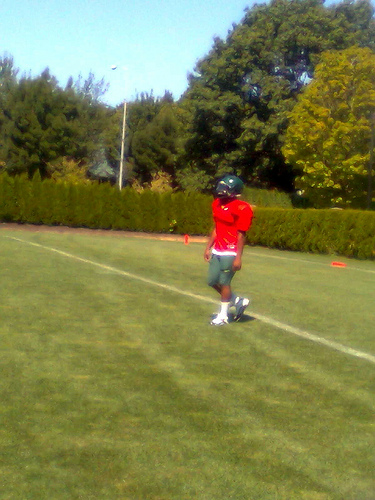 LaMichael James returns to practice after leaving with an injury