My cousin and I embarked on the tremendous task of attending both Oregon and Oregon State's Practices on Monday. Here is the Oregon State Recap.

The Beavers took the Reser Stadium Field under the lights for the second time this season, and they were met with about 60 fans in attendance. Below are my notes on what took place. Feel free to ask any questions.

If you haven't made it out to a practice yet, I would defintiely recommend it. After practice the players were more than willing to give autographs, and I got ones from Quizz, James, Dockery, and Darkins.

After the break you can find the transcript of Coach Riley meeting with the media afterwards (Mike Parker and I) along with some bad cell phone pictures.

What kind of work did you get done today?

Well, it was a lot like Football Practice. Some good, some not so good. But I loved the effort, the kids are making a lot of progress in what we're doing, and I think they are doing a great job. All the snaps that are almost live for Katz is awesome.

Is there anything that you are doing differently with the two a day sessions than you haven't done in the past?

People use the phrase quick study, is Ryan (Katz) that proverbial gym rat kind of guy that you like?

Ryan's been a gym rat every year, in every phase. I've always been so impressed with his work ethic, with his diligence, how concencious he is. He's got a great personality, and I love all that stuff. And he's just getting better and better and better. 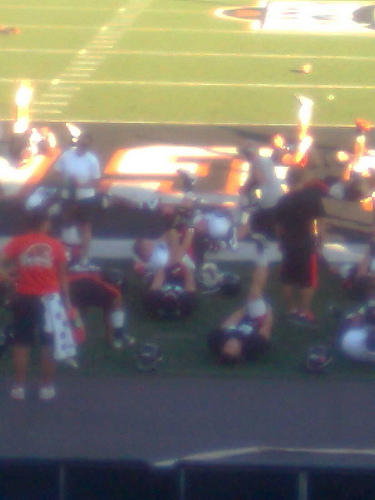 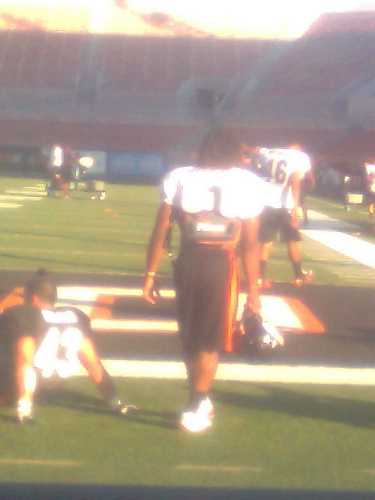 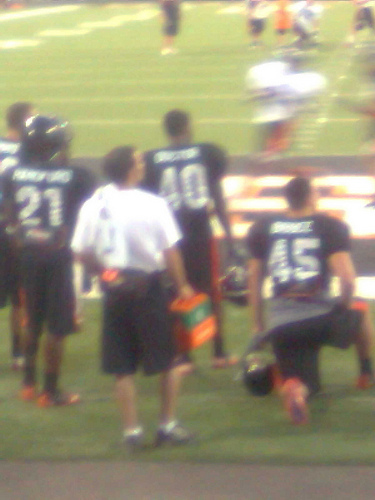 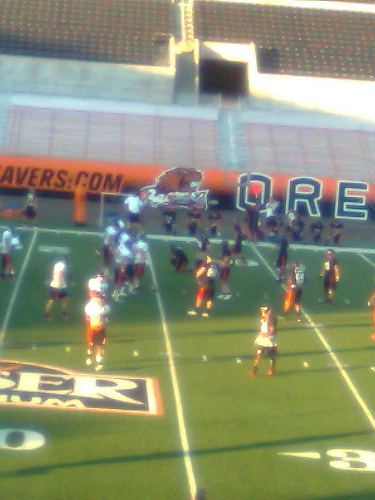 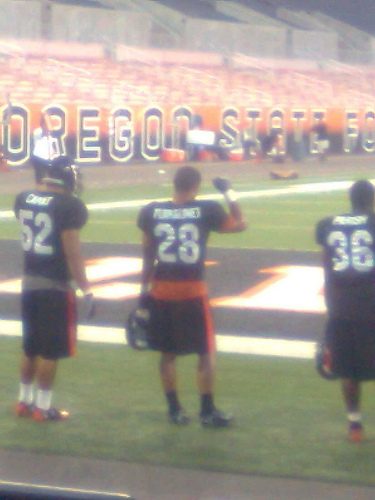 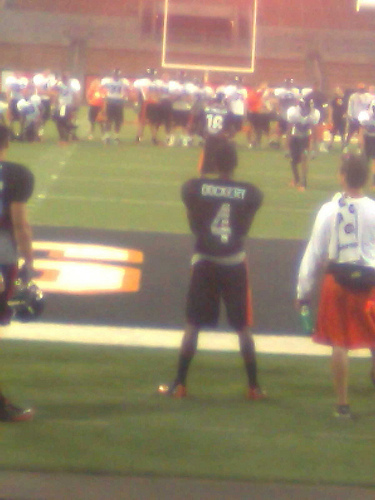