Throughout the season, the NCAA keeps its RPI (Relative Power Index) rankings secret until the tournament field is released. Luckily, we have Boyd's World, a website that has researched and perfected the RPI forumla to deliver us updates throughout the season. Boyd's World also produces a statistic called ISR-- or Iterative Strength Rating. Here's how Boyd's World defines the ISR:

The ISR's are the results of an algorithm designed to measure the quality of a team's season to date by combining their winning percentage with the difficulty of their schedule. The algorithm computes all teams simultaneously and attempts to take advantage of inter-regional games more accurately than other rating systems.

What the website has done is taken these ISR numbers and turned them into projections for the NCAA tournament. After the break, you will find the odds for each regional, as well as the chances a team has to advance to the Super Regoinals, Omaha, and beyond.

Here's the breakdown of the Gainesville Regional: 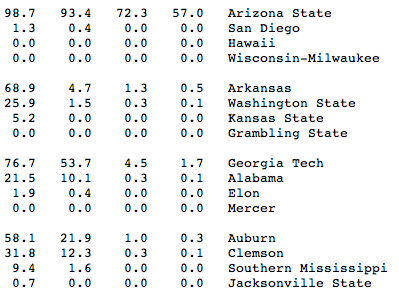 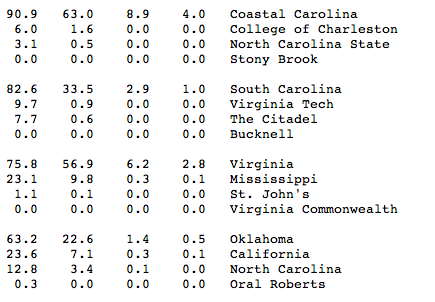 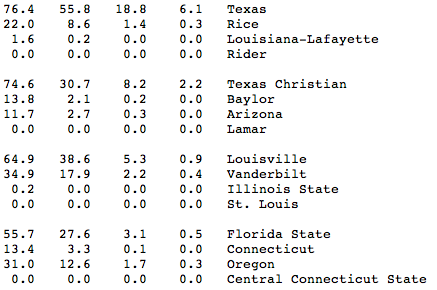 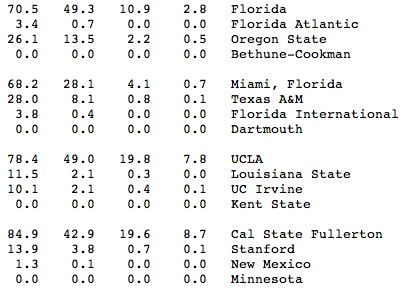 All statistics pulled from Boyd's World.