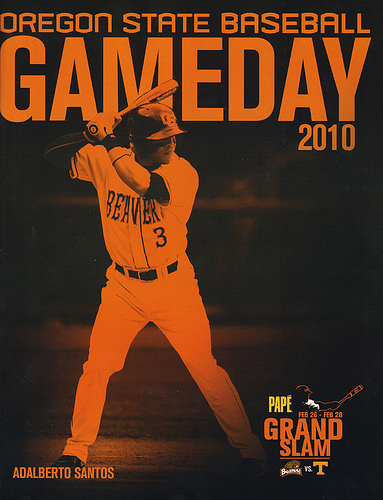 Not sure it is truly "mid-season" yet but thought I would do a write up revisiting my preseason thoughts before Pac-10 play starts up with the Beavs taking on USC this upcoming week.  A team by the way OSU has had a ton of issues with the last few seasons, indeed going back to 2006 the Beavs are just 4 and 8 against the Trojans (winning only one series).

Overall I have been very pleased with the team's play and I would say they have exceeded some of my initial expectations. That said I do see a very dynamic and athletic team, but one that is pretty young and inexperienced.  I think the plus and minus sides of this coin showed themselves in the Long Beach State series.  You had an explosive offensive game for the Beavs on Friday, but on Saturday a lack of focused pitching and defense along with a lack of aggressive batting led to some unimpressive play.  Unfortunately what happened here is that the Beavs had one blow out worthy of a CWS team, then the next morning lost a lackluster effort first game, then had a bad carry over inning that put the Beavs in a big hole they could not climb out of for another loss.
What really sums it up for me was in the first Saturday Long Beach State game when the Beavs had a charge in the making with bases loaded and the freshman star Boyd up to bat.  Boyd struck out on a questionable call, BUT the whole series of events in this inning basically seemed to take the air out of the team for the entire day.  In my opinion, I see a more experienced and seasoned team as one that bounces back later from this type of disappointment and can rally, but in this case I think that type of leadership was lacking.  Now this probably seems a bit negative and down on the whole deal, but really I see this as a great opportunity.   The Beavs should be in a position right now where they can only improve.  Will it happen?  I personally think so, but you never know.  I hope my thoughts after the break clarify a bit what I'm getting at here.
And as always I very much welcome other opinions and thoughts, for really this is only a very "yeoman's," and fan's, level of analysis to be sure (reference to Oregon Live's William S. Brown's apt description of my fan work for BtD). 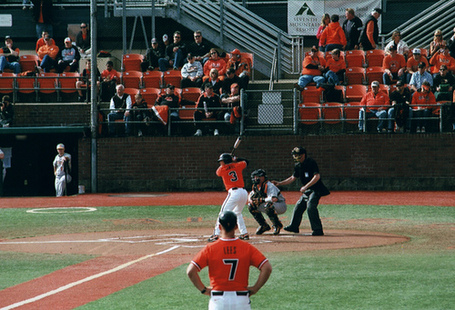 In my original 2010 preseason post I broke my preview into the following areas:  "Things I think we need to look for in regards to a successful 2010 season," "BtD Player Watch," and "Conclusion."  Below I will summarize my mid-season feelings in each category, and if you want to see my entire preview thoughts that post can be read here.

Things I think we need to look for in regards to a successful 2010 season:

1.  Offensive improvement and consistency: So far this season I have thought the offense has looked a bit more aggressive overall.  That said, the team still has some tentative games, such as first Portland game, the last 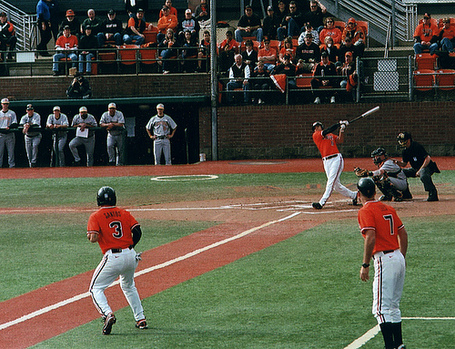 Maine game, and very much the last two games against Long Beach State.  This has lead to a combined team average of .268, which is only 249th in the country, but the Beavs have potential this season.  Romero (.352) has picked up where he left off and actually has improved.  Santos (.276) had a bit of a slump going but he has picked up his pace quite a bit.  And with the addition of hitters like Hayes (.393) and Boyd (.318) the line up is looking like more of a scoring threat this year.  It has been interesting that there have been a good number of situations where we would have seen more small ball bunting runners in position, but this year there seems to be more of a green light given to batters.  But on the flip side I don't quite understand the more tentative batting in later innings.   I see the need to make pitchers later in their pitch count work for strikes, but so far that has seemed to me to translate in getting behind in counts.  I stay keep putting the ball in play as much as you can and don't look for walks so much.  So far LOB hasn't been as glaring an issue as the last couple seasons, but too many pitches are still being taken in key scoring situations.  As mentioned we seem to have the batters this year, so why not open it up a bit more. 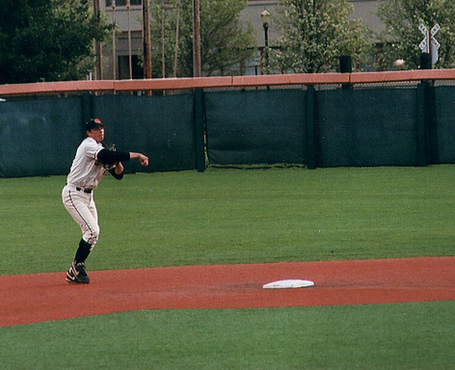 2.  Leadership needs to happen:  This has not quite happened yet in terms of a Darwin Barney type of player, but at the same time the team does seem to be coming together well.  I think overall a big deal here is that with players like Boyd, Hayes, Smith, and Jennette in combination with Santos, Romero, Bell, Norris, and Miller we have seen some nice balance of the new with the old.  My thought is that this will only get stronger as the season progresses, and I see glimpses of leadership with Santos, Romero, Peavey, Bell, and Boyd that could come into play later in the season.

3.  Defense needs to continue the strong OSU tradition:  Overall no real glaring issues here, we have seen some brain-cramping type of throws and missed balls that are to be expected but overall nothing has really stood out for me as problematic.  I think Santos and Norris need a bit more time in the outfield for they are not judging some of the balls as well as they should, and the younger players in Hayes and Susac have shown some of their greenness, but overall the fielding has been solid with the Beavs fielding % at a very nice .977, which is ranked 14th nationally. 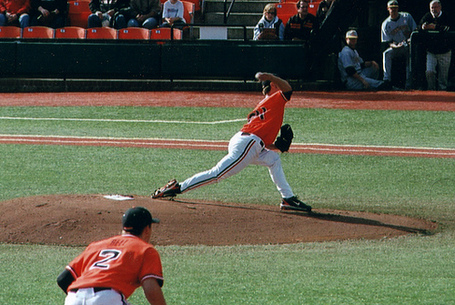 4.  Pitching, pitching, and pitching:  Well pitching was going to get a mid-season 'A+++' grade until that last series with Long Beach State!  Seriously, pitching has been very strong this year for the most part, and this is happening with missing some of the key names we hoped would be healthy (Starr, Osich, and Gaviglio).  The team has a combined ERA of 2.73, which is 4th in the country, and is ranked 3rd in hits allowed (7.0 per nine innings).  Rhoderick (3.72, 0-1) still hasn't found his old stuff, but has pitched okay.  Nygren (4.91) has been also okay enough in relief.  Waldron (6.00, 3-2) has struggled the most, and in many ways is reminding me of last year in that he has given up 33 hits already but also has struck out 28.  The pitching by Peavey (2.32, 2-0) and Robles (2.41, 4-2) has been pretty awesome overall, and even in their off games they have been able to keep the Beavs within striking distance score-wise.  Throw in the newcomer Boyd (1.90, 4-0) and some solid relief pitching with Sitton and Gorton and it is looking pretty positive, and deep, on the pitching side of things.  But conference play is coming up and they are coming in off a fairly rough outing against Long Beach State, and all in all it doesn't look like we have the strong closer type ready to go yet.

5.  Solid non-conference play, sustained high level of conference play, and MOST of all a strong finish:  I initially stated that an 18 and 6 start or even a 17 and 7 type of start would be a very good beginning of the season going into conference play, and the Beavs came in at 16 and 5.  Not bad, but should have been better.  Again though this is an inexperienced team in many respects so to have some issues was expected and 16 and 5 is solid enough overall.  I just wish they would save the take it to the other team games (Tennessee 17 to 1 and Long Beach State 16 to 4) in the later games, so the opposition wouldn't be so pissed off and have a chance to bounce back!  All in all if the Beavs get a winning record, or even .500 I think, in conference play they will be in the post-season.  My hope is this non-conference play was much more than a record building endeavor and that the Beavs have some good experience now under their belts, for it only gets harder from here on in.

Conclusion: I still stand by my predictions that the Beavs will be hosting a regional and will also be in the hunt for the conference title.  Overall the team has put up some good numbers (for the full team stats see the OSU athletic site here), and I think they will keep improving.  The only hesitations I have at this point in time is first, as I have noted above, that the team is fairly young and inexperienced and this could cause issues against the deeper Pac-10 teams; and second the Pac-10 looks to be VERY strong this year with ASU and UCLA leading the way with spectacular non-conference records.  I do believe that the Beavs are as deep as those two teams, but the inexperience level could be a deciding factor if the team doesn't grow even more.  So, the season in many ways is just beginning... 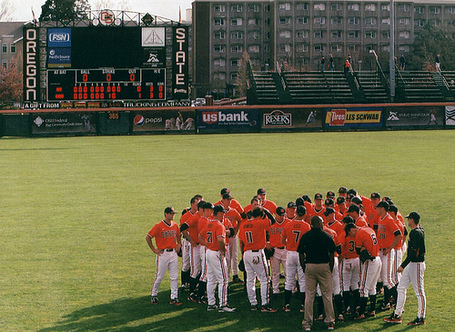