I’m thinking there is some baseball coming up (2010 edition)!

Share All sharing options for: I’m thinking there is some baseball coming up (2010 edition)!

Okay, so how many times have I used the phrase "I’m excited" when associated with baseball starting up? Well, I’m pretty darn excited! As I’ve mentioned before baseball has definitely gone to the top of my favorite OSU sports. There are two times of year that bring back personal memories for me, the first is that hot end of summer and beginning of fall crispness in the air that reminds me of those damned daily doubles in soccer. The second, and more favorable one, is the end of the winter with the just beginnings of stuff blooming and that smell of freshly cut grass that means time to be playing baseball.

I don’t play competitive ball any longer, but yes I can live vicariously through the Oregon State players (you soccer players can have your daily doubles and morning runs though).

The last couple years have been frustrating overall for Beaver baseball, especially after the three mind-blowing years of success we had before, but I just have a good feeling about this year (did I say that about last year?). I think this season will very much build on last year and it should also be fun to watch the formation of a unique personality with this team. What will it be? No idea and that’s part of the fun! But here are some bits of news to hopefully peak our curiosity even more:

Baseball Practices For First Time In 2010

Baseball Chosen To Finish Second In Pac-10 By League's Coaches

Preseason NCBWA rankings has OSU at 18

The "Collegiate Baseball" Newspaper poll has the Beavs at #10!

[Oh, and I meant to post this the first time around but forgot, but here is Connor's preview of this weekend's Hawai'i series: Hawaii Series Preview]

And some other misc stuff of interest!

And let’s keep this history going: Baseball Named No. 2 Team Of The 2000s By Baseball America

And after the break there are my more detailed preseason thoughts and some pics from last season. Go Beavs!

Things I think we need to look for in regards to a successful 2010 season:

1.  Offensive improvement and consistency:  The Beavs have never been a power hitting team under Coach Casey, but at the start of last season there seemed a lot of potential for some offensive swagger to happen, but as the season went out this swagger left the team.  I personally think with some of the injuries that happened, such as Santos, it did hurt the team's offensive presence, but at the same time (as we discussed and debated last year a lot) the overall left-on-base issue became a glaring issue and came back to bite the team in the butt more than once.  This needs to improve.

2.  Leadership needs to happen:  Last year's team had potential leaders in Reyes, Wong, and Ortiz and at times each one stepped up big time, but at the same time each one also had let downs.  This year I think there needs to be a steady leader.  I would like to see someone from the pitching staff step into this role, such as Sam Gaviglio.  Additionally, I think this is also very important in the fact that Reyes, Wong, and Ortiz are gone; so someone like John Tommasini or Jared Norris could slide into this role or even someone totally unexpected.  Overall I guess it doesn't matter who, but it just needs to happen (think back to having a player like Darwin Barney).

3.  Defense needs to continue the strong OSU tradition:  Last season again the defense was for the most part very solid and of course this needs to continue.  I think there is a lot of promise here with Carter Bell, John Tommasini, and Jared Norris all returning.  I think the big question mark will be the catcher situation and who will step into Ortiz's shoes (and I'm hoping with an improvement on the throwing arm).

4.  Pitching, pitching, and pitching:  This goes without saying really, but the big thing in this area is all around consistency.  Last season saw too much at times being very strong in one area such as the starters, or the middle relief, or the closers; but at the same time there was never really any consistency with all three so you had a good starting performance let down by poor middle relief and closing, or a poor starting performance that dug too big of a hole.  The entire pitching staff needs to stay at a solid level so that if one area has some issues in a game there is always someone in another area there to back them up.

5.  Solid non-conference play, sustained high level of conference play, and MOST of all a strong finish:  Yes, this all sounds incredibly obvious, but I really think the non-conference play just needs to be solid and doesn't have to be anything spectacular (until the postseason of course!).  Let's look at last year's numbers: Overall Record: 37-19 (Home: 17-5; Away: 8-9; Neutral: 12-5; Pac-10: 15-12).  So, I think an 18 and 6 start or even a 17 and 7 type of start (I think I did the math right here, but might be off a game) would be enough for our needs.  I think that the last couple years have shown how important conference play is and especially finishing conference play strong.  I also think if the conference play is strong, and the team has a strong identity, then those weird in-between games against teams like Seattle, Portland, and Oregon will not be an issue like they have been the last couple years.

BtD Player Watch (Wait, what was that Jake?  We don't have a watch list?  Hmm, well here is the first and probably last beginning of the tradition!):

Conclusion:  And (drum roll) my out on a limb preseason prediction is that the Beavs will be in the thick of the conference title hunt (with a very good chance to win it) and will most likely host a Regional this year.  So with that all in mind, time for memory lane!

Best game of the year!  OSU beats ASU in the last inning and takes the Sun Devils 2 and 1 in the series. 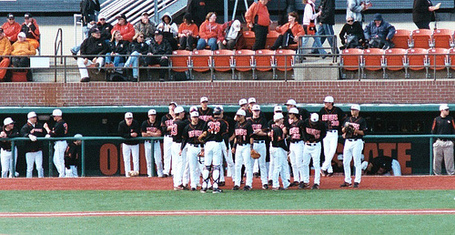 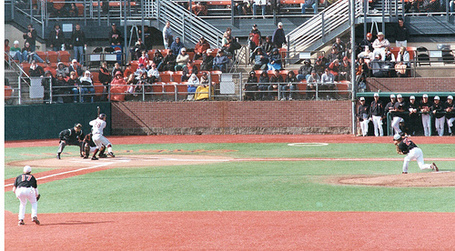 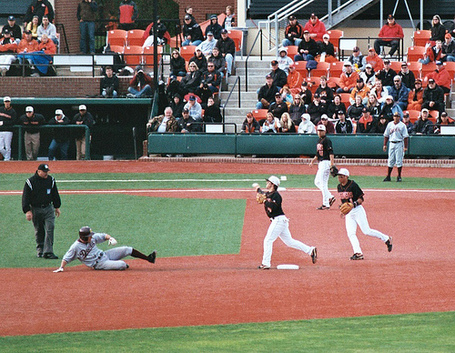 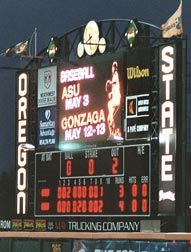 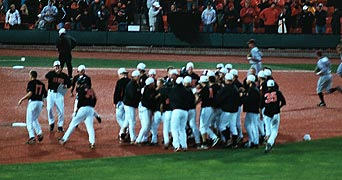