Thursday Links: A little recruiting and a little hoops...

If you buy something from an SB Nation link, Vox Media may earn a commission. See our ethics statement.

Share All sharing options for: Thursday Links: A little recruiting and a little hoops...

Not much for actual news today but hey - who cares about news when you have RUMORS! Woooooooooo!!!! 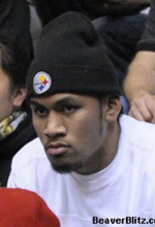 This is Scott's "Don't steal my laptop" look. I think it probably works.

He might not be old enough to buy a lottery ticket yet, but I'd say that's the dude I want on my side when the poop hits the fan. Kid looks serious and sounds like a great prospect, the kind of recruit that has been Riley and Co's bread and butter. According to Buker, the Ducks think he's pretty great too and since yesterday, have offered. Crichton has allegedly said he'll honor his commitment to OSU and ignore overtures from UO, WSU and UW, but we won't know for sure until February 3. 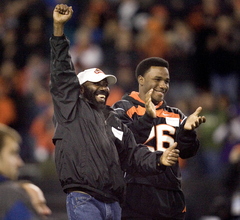