Season Riding On How The Wind Blows?

Share All sharing options for: Season Riding On How The Wind Blows?

Amidst all the issues swirling around Beaver Nation lately, the swirling that matters as much as any is the actual swirling the wind is doing.

The wind was a major factor in Las Vegas, so much so it was a game changer, and nearly an outcome changer. Mike Parker repeatedly brought the issue up in his game and post-game coverage.

Back home at Reser to play the Cincinnati Bearcats, the wind was blowing in, funneled between the Valley Football Center and Gill Coliseum, and as a result, blowing right into the southeast end zone. So hard, I noted when I first walked into the stadium, and was hit full force by it, that the wind would again be a big factor.

Sure enough, Bearcats quarterback Tony Pike did all his damage working with the wind. And against the Arizona Wildcats, it was even more pronounced.

Much has correctly been made of the impact that Arizona punter Keenyn Crier had, dropping three punts inside the Beaver 5 yard line, plus a couple of touchbacks. And a lightly covered topic was why the more explosive James Rodgers wasn't back to return the last couple of punts, deferring to Taylor Kavanaugh, considered the more sure ball handler.

It seems Rodgers was lifted for Kavanaugh in large part due to being less comfortable with the cross-flow of the coverage, especially a large lineman. But then a misjudgement by the more experienced Kavanaugh, who is no where near the breakaway threat Rodgers is, contributed to the ultimate outcome of one of those game-changing punts. 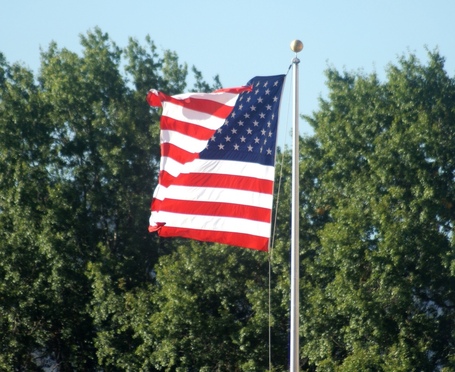 The view from the endzone

In defense of both Rodgers, Kavanaugh, that wind was wicked. Most fans in the stadium, the coaches until they look at tape shot from the end-zone postgame, and everyone watching on television, don't see anything that gives them any idea of just how much of an effect the wind was having. But when viewed from about the same perspective James and Taylor had, with the ball traveling left to right about as much as it went down field, and not on anything close to a straight line, the challenge of reading the ball really becomes evident.

Further, successful returns are based on getting up field, and fast, while drifting laterally not only eliminates forward momentum, it makes you a sitting duck.

That can't be used as an excuse, after all, these are Pac-10 grade kick returners. However, it does bring up the strategic issue of accounting for the wind, and making choices at the start of halves mindful of the impact of the wind in the fourth quarter. Perhaps taking the wind instead of the ball?

Because regardless of one's position on the "Sean vs. Lyle" question, or the issues with play calling or the offensive line, there is no question that a minimum of 100 yards of field position, no safety, and five more opportunities to have James Rodgers running loose in the open with the ball, would have had a significant impact on the Arizona game. Regardless of whether it's Sean, Lyle, or KEJO radio analyst Jon Warren, at quarterback.

Field position and play calling also have a profound affect on the defense, including its issues with QB pressure, the linebacker assignments, and the much-discussed secondary, too.

When a team is really good, or really bad, lots of things don't spill over to impact other areas of the team, program, etc. They all still do affect each other, just not enough to make game changing differences. Right now though, with games going down to the end, and seemingly every aspect of Beaver football operating on the edge, everything ripples thru.

In a year where the Pac-10 is wide open, no one should need reminded of the financial cross-campus and cross-conference impacts of each win on TV and bowl deals either.

In the next few weeks, significant developments are coming in all these hotly debated aspects of Beaver football. Some probably with better results (from the Beavers' perspective) than others. And when the people being paid 6 & 7 figure salaries, us media types paid considerably less, and Beaver (and other Pac-10) fans footing the bill all start to analyze the "Why did it work out the way it did?" question, it might be largely due to which way the wind was blowing.