Share All sharing options for: Oregon State Gets Happy 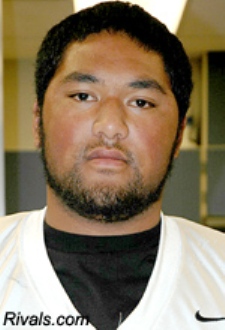 Happy Iona, a 6'3 " 283 lb. defensive tackle from Bethel High in Spanaway, WA, has become the seventh commitment to Oregon State for the 2010 season.

Scout.com rates Iona a three star recruit, and has him as the No. 55 player in Scout.com's latest West 150, and the No. 10 defensive lineman overall in the west.

Iona verbally committed to the Beavers after making an unofficial visit to the Beavers' practice Wednesday afternoon with his uncle and grandmother.

Iona, of Samoan lineage, made a connection with Beavers' defensive line coach Joe Seumalo, and chose Oregon State over offers from Washington, Washington State and Idaho. Iona also had received interest from California, Oregon, and Arizona.