Beavers in SI Top 20; While the Ducks may want to Duck for Cover

Share All sharing options for: Beavers in SI Top 20; While the Ducks may want to Duck for Cover

Oregon State is ranked #18 in the Sports Illustrated Preseason rankings, while the Oregon Ducks, ranked #11, are one of four teams faced with the infamous SI Cover jinx. The Ducks, are one of four teams on regional covers of Sports Illustrated this week, along with sixth ranked Mississippi in the south, seventh ranked Oklahoma State in the midwest, and #14 Penn State in the East. 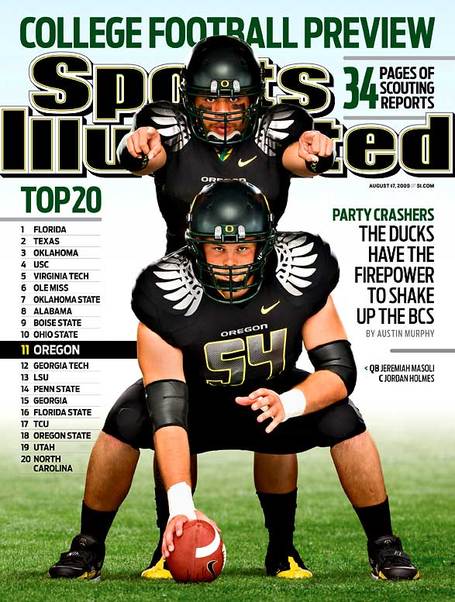 This should be encouraging news for Beaver fans, who may recall what happened in 2001, when Sports Illustrated chose Oregon State as its No. 1, which led to the Beavers finishing 5-6.

Notably, Jeremiah Masoli said he won't be rushing out to purchase a copy.

"I don't need a picture of me. I know what I look like," Masoli said with a chuckle after Tuesday's practice. 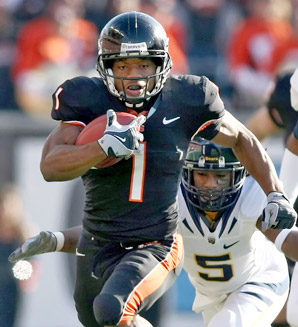 The top three are Florida, Texas, and Oklahoma, while USC is the top ranked PAC-10 team, at #4.

Also notable for Oregon State fans, SI has UNLV slotted at #54 (are Beaver Believers looking at the Rebels as on a par with the Bruins and Sun Devils?), and Cincinnati #39.