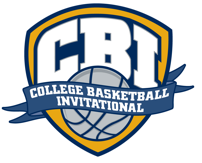 It's Selection Sunday, but for the Oregon State basketball team, their invitation came in the mail on Saturday night.

Craig Robinson and the Oregon State Beavers are playing in the post-season for the first time since 2004-2005, when the Beavers fell to Cal State Fullerton in a first-round NIT game. The team accepted a bid to the College Basketball Invitational on Saturday, a 16-team tournament for teams "deserving post-season experience."

Oregon State not only qualified for the CBI, but they were selected as one of eight hosts for the tournament that is played exclusively on on-campus sites. The Beavers will host a game on Tuesday, March 17, or Wednesday, March 18, with a time and opponent to be announced tonight.

The College Basketball Invitational is a single-elimination tournament up until the Championship Series, with all games being played at campus sites. The Championship Series will be a best-of-three series, home-away-home, in which the higher seed will get the first and last (if necessary) home games. Last year, Tulsa beat Bradley in the "Best of Three" Championship Series to win the inaugural title.

The postseason appearance will be the 21st in school history as the Beavers last earned a postseason bid with a berth in the National Invitation Tournament following the 2004-05 campaign.

The Beavers enter postseason play with an overall record of 13-17 on the season, and a 7-11 mark in Pac-10 play, along with a NCAA-tournament loss to No. 9 seeded Stanford last week. The Beavers have lost four straight dating back to the Civil War on March 1, but improved greatly from a season ago, when the Beavers failed to win a game in Pac-10 play.

"We are very excited to have the opportunity to continue our season and play a first round game in front of our home crowd," Coach Robinson said after accepting the CBI bid on Saturday afternoon. "The selection is a great reward for our seniors who have worked so hard over the past few seasons. The chance to play in a postseason tournament will give our guys valuable experience as we continue to build the program."

The Beavers are led offensively by Cavin Haynes, who has averaged 14.1 points per game while mostly coming off the bench. He wasn't as sharp in the Beavers' final stretch of regular season games as he was twoards the middle of Pac-10 play, possibly due to a cut he suffered in a kitchen accident several weeks ago.

Roeland Schaftenaar started all but three games for the Beavers, averaging just under ten points and four rebounds per game. Schaftenaar, along with Cavin Haynes, was awarded with honorable mention all-league honors. It was the first all-conference honor received during either of their careers.

Junior Seth Tarver, who anchors the Beavers' zone defenses, was named to the all-defensive team.

The Beavers will get more information today regarding when and who they will be playing at Gill Coliseum this week.