1.  Is it too early to start thinking about the NFL draft?  Tell us about one of your players expected to go in this year's draft.

I don't really follow the NFL (except for San Francisco, GO NINERS!!!!), and (sadly) don't really know about what guys from Oregon State are supposedly going to be drafted. I have heard Adam Speers (Guard) come up as a possible 1st day pick, but it's really up in the air. Anyone who follows the NFL, if you have any insight into this, please let me know.

I didn't see any stellar performances, but a couple opened my eyes. James Harden averaged 22.5 points this weekend, but had 36 against Oregon. But probably most impressive was going 40 and 39 minutes against Oregon and OSU respectively. But I think the overall award has to go to Chase Budinger. 40 minutes in both games this weekend, averaged 21 points and 8.5 boards. He was crucial in Arizona's win over Oregon State, and I'm sure he did his thing against Oregon too.

3. Football season is over, no one cares about basketball anymore because Oregon is 0-12. How is your school doing in sports that may not get the publicity that Football and Basketball get?
I'd like to take this moment to let our fans know how good our gymnastics team is. Currently ranked in the top 10 in the country, this is the 3rd year in a row where it appears we are going to nationals (a big deal for a little cow college). UCLA is fairly dominant in the Pac-10. And I feel like Stanford is good too. But on any day, our gymnastics team is stellar. Not to mention, the last couple of years, they were getting more attendance at Gill then the basketball team was. No joke.

4. Give us a random fact about your University that people may not know. The more juicy and scandalous, the better! Extra points for it being true!
We are the only school in the country to have two Playboy Playmates of the Year. Not Florida. Not Texas. Not ASU. Not any other school except Oregon State.
I give you: 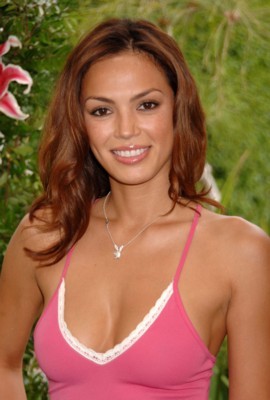 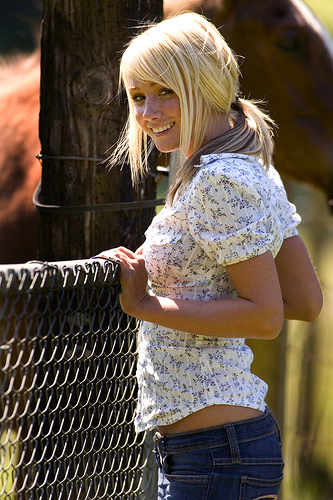 I would also like to add that both these girls are true Oregonians. Patterson grew up in Springfield, OR, and Sara Underwood (perhaps more commonly known as Sara Jean) grew up in Scappoose, OR, also home to ex-Beaver QB Derek Anderson.

5.  Ragnarok over at the California Golden Blogs wrote this magnum opus about a Faustian re-organization of college football entitled "A Total College Football Reorganization."

So, what are your thoughts on his seemingly controversial re-org.  Moreover, what does Faustian mean?  I just google important sounding words to get a vague appreciation of them and then put them into sentences in places where they seem like they might make actual sense.  Hope I "NAILED IT" with this one.

Rags, that was brilliant. I loved it. The only problem I had was some of the seemingly weak divisions (Cal's, Ohio State's, LSU's) and some of the toughest ones. However, all that being said, it was a great geographic realignment and in today's economy, it could be a lot cheaper for teams to drive a few hundred miles then having to fly 1,000s every other weekend. And faustian is used to describe the wider interpretations of the events of Faust by Johan Wolfgang von Goethe, I think.