It's Game Day!
Time to get the juices flowing, literally as well as figuratively, as the Oregon St. gets ready for the showdown in the desert with the BYU Cougars.

Beaver speed against Cougar power is the story line in this year's first post-season matchup of ranked opponents. It's also the first of back to back games against the Mountain West for Oregon St., with TCU in Texas next.

The key to the game almost surely will be which team is able to set the style of play that prevails. The blueprint to beating the Beavers is out there, compliments of USC and Oregon. Don't let Jacquizz Rodgers have the middle of the field. 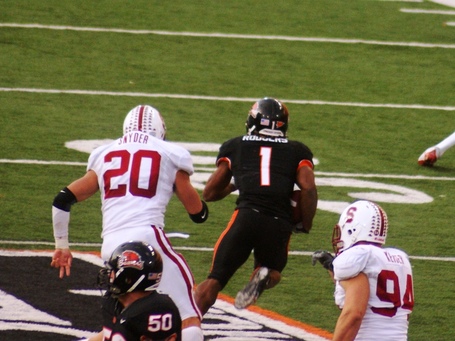 And definitely don't let Sean Canfield have the ball last! 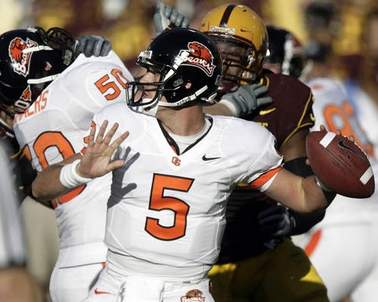 BYU, in their fifth consecutive appearance in the Vegas Bowl,  has the tools for quarterback Max Hall to spread the game around, finding tight ends All-American Dennis Pitta and Andrew George, and handing it to running back Harvey Unga. 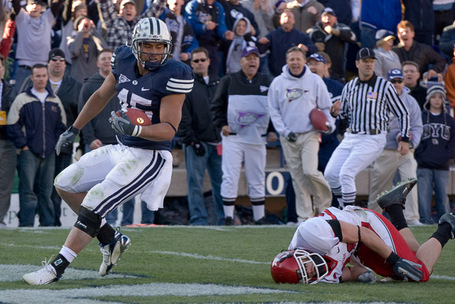 Can the Cougars consistently string together drives of ten or more plays? If they do, look for the shootout to be slightly subdued, scoring wise, but that would be a good thing for BYU, as they look to break Oregon State's string of five straight bowl wins under coach Mike Riley. 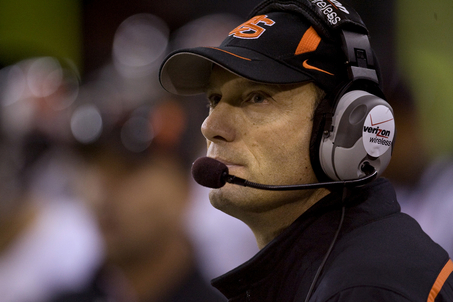 How much will the Cougars be influenced by their resounding success at Sam Boyd earlier this year, where they thrashed the UNLV Running Rebels 59-21, just a month after the Beavers were only able to squeak out a 23-21 win over the same UNLV squad on the same field? Does that mean they can try to run wild?

Or, will they encounter first team all-Pac-10 linebacker Keaton Kristick more than they ever want too? 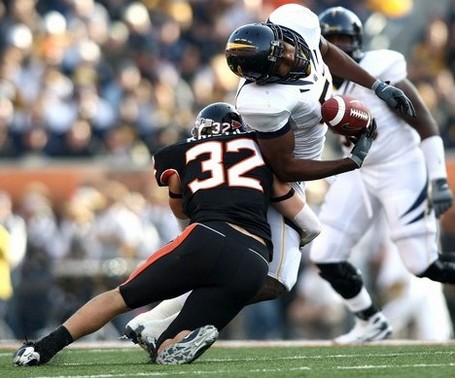 Will the Cougars be able to curb Oregon St. on first down, forcing some unsuccessful second and long situations? James Rodgers is the most versatile player that will step onto the Sam Boyd Stadium surface tonight, but he will have a bigger shot at changing the outcome if at least half his touches come with the line of scrimmage closer to the front stick than the back one, where creativity can produce explosion plays. 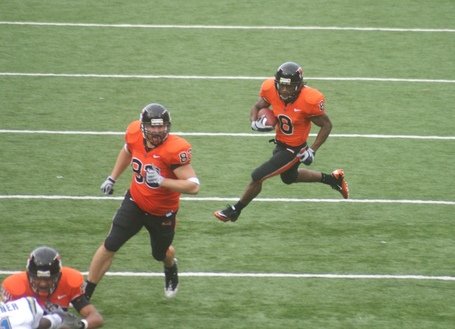 And in the fuzzy mascot contest, will Cosmo the Cougar conquer, 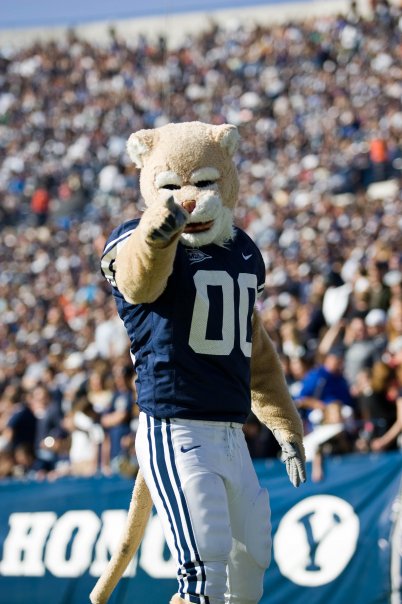 or Benny Beaver be the best? 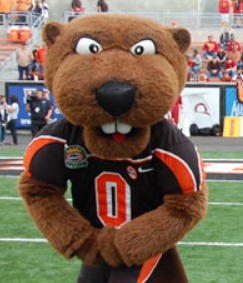 (Silly question, really; as we all know, you can't beat a Beaver! Remember what happened when Darth Vader tried?)