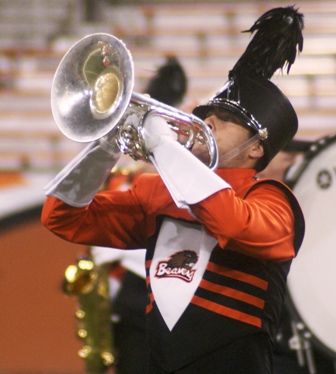 Twenty two marching bands from across Oregon, plus Washington and Idaho, braved cold and at times wet conditions Saturday at Reser stadium, with preliminary performances during the day, followed by a performance by the OSU Marching Band, which, in their 119th. year, is the oldest marching band in the Pac-10.

The rain that drenched much of the afternoon abated, and the evenings' finals, and a second show by the 'Spirit and Sound of OSU' came off under chilly but dry conditions.

Despite a strong effort by the Evergreen Plainsmen out of Vancouver, WA, and significantly higher scores by their three closest competitors from last years' OSU event, the Southridge Skyhawks from Beaverton upped their score as well. As a result, Southridge not only claimed the Open division preliminary round, and defended their OSU title, they also swept the support awards, and claimed the year's NWAPA season championship as well. 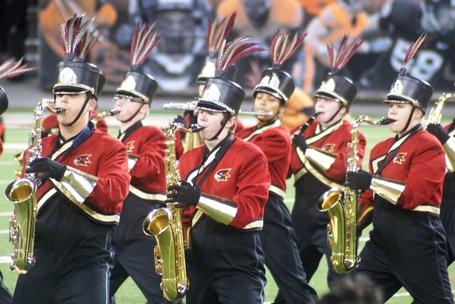 The Southridge Skyhawks turn in a championship winning performance on the Reser Stadium turf. 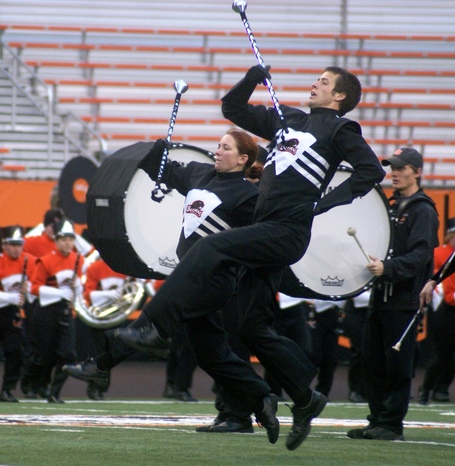 Starting with Caldwell, ID, who stepped off at 9:30, the entire day rang out with one performance after another, and then, while the scores were tabulated, the OSU Band gave the potential recruits from the band's best high schools a taste of where their talents could take them. Many of the members of the OSU Marching Band hail from high schools in Oregon and SW Washington. 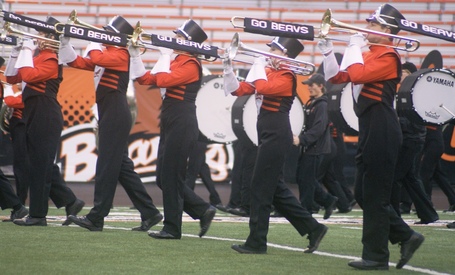 The bands with the top 15 scores regardless of class qualified for open competition in the evening to determine the overall winner of the OSUMB trophy. Grants Pass claimed fifth place. 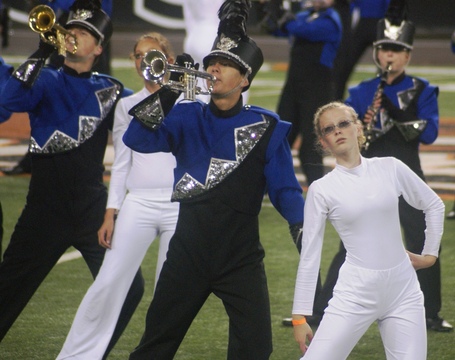 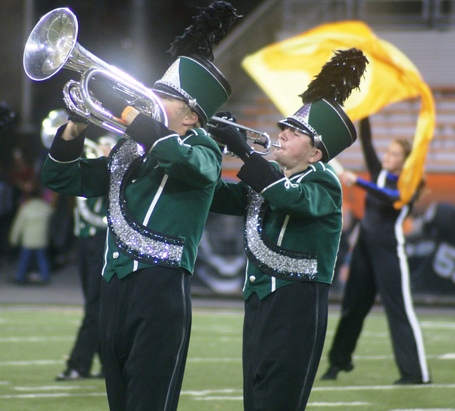 Southwest Washington was well represented, as in addition to Evergreen, Skyview of Vancouver turned in a top three performance in both the Open Class Preliminaries and the finals. 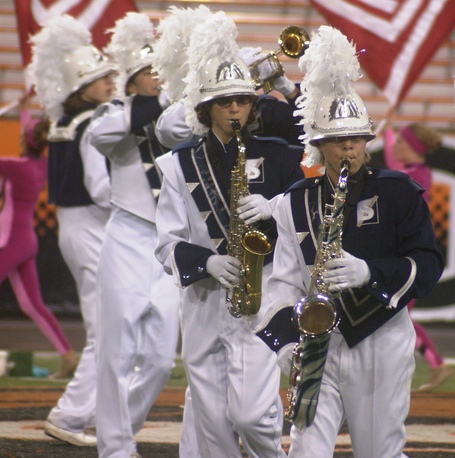 Evergreen claimed second place in both the Open class and in the finals. 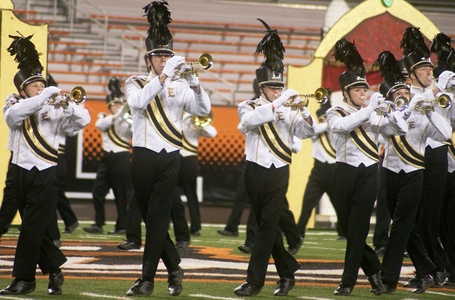 While the judges tabulated the final scores, the Oregon State band warmed up several thousand chilly spectators with a program that included numbers by AC-DC, and the performance to Michael Jackson's 'Thriller', as well as the traditional B-E-A-V-E-R-S spellout, and of course, the Oregon St. fight song. 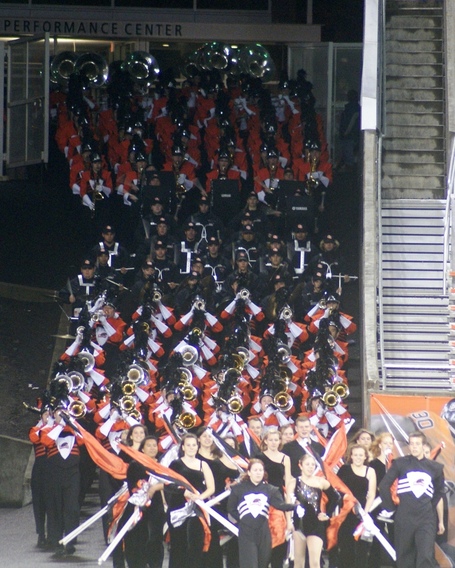 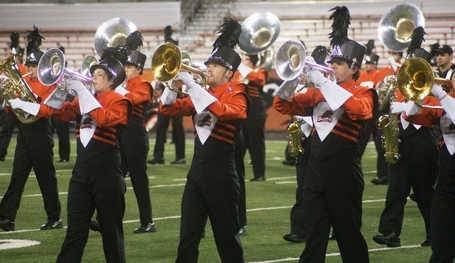 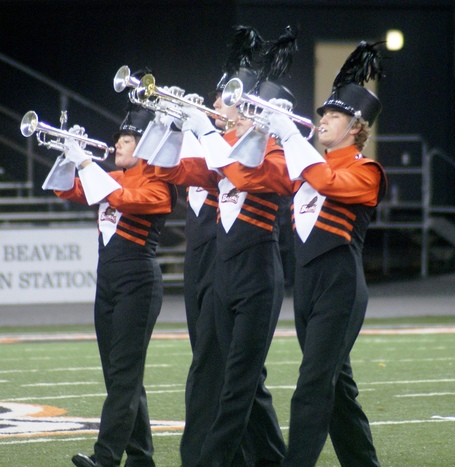 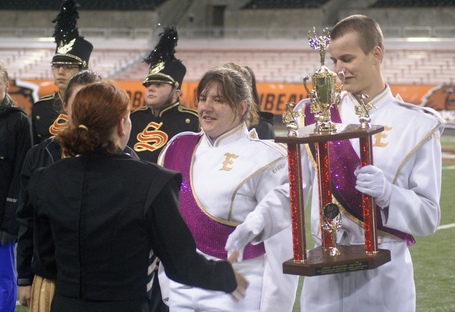 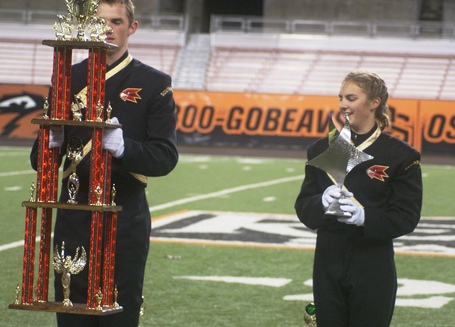