Reser To Rock Even With Beavers Out Of Town

Share All sharing options for: Reser To Rock Even With Beavers Out Of Town

Even though the Oregon St. football team is out of town this weekend, Reser Stadium will still be rocking. The sounds heard all day will be from some of the state's best musicians, as the OSU Marching Band hosts their annual competition for high school bands.

Twenty of the state's top high school marching bands, plus entrants from Washington and Idaho, will compete to see who sounds and looks the best, and after both the preliminary and final rounds, the 'Spirit and Sound of Oregon State', the oldest band in the Pac-10, will also perform. 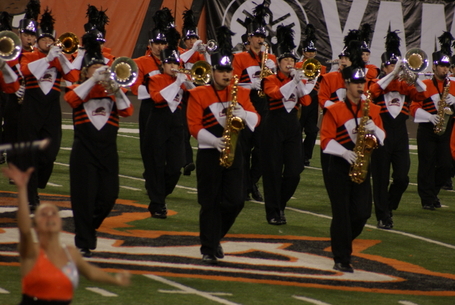 Competition starts at 9:30, when Caldwell, Idaho steps off, and the preliminary round continues all day, capped by Glencoe of Hillsboro at 4:00 PM, followed by a performance by the OSU Marching Band. 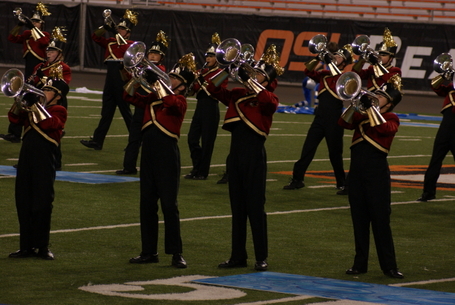 Last year, the Southridge Skyhawks from Beaverton claimed the championship over Skyview, from Vancouver, WA, and Grants Pass. 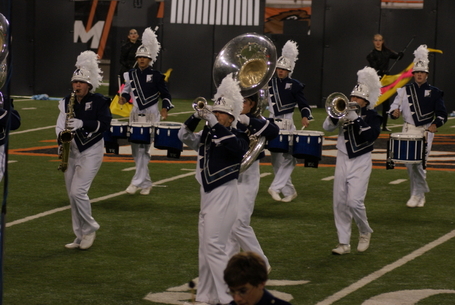 The Skyview Skyhawks made it an all-Skyhawk top two, finishing just behind Southridge. 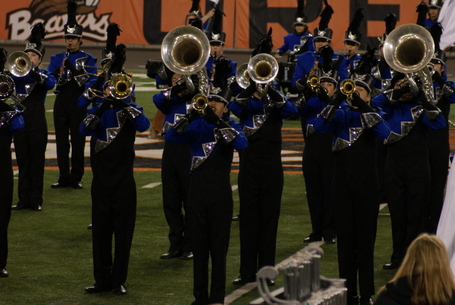 The OSU Marching Band will perform again as well, while the judges tally the final results, and shortly after 10:30, the championship will be awarded. 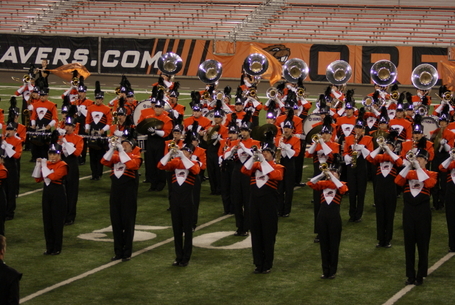 The event also serves as a recruiting opportunity for prospective recruits to the 'Spirit and Sound of Oregon State', as many members of the OSU Marching Band are former Oregon and SW Washington high school musicians.

All 40 performances can be seen for an admission of $15 for Adults, and $10 for Students and Seniors. Parking is free!