COLUMBUS, Ohio - Melinda Ingalls' golden goal in the 99th minute made Oregon State women's soccer history as the Beavers defeated Florida, 1-0, to advance to the Sweet 16 for the first time in program history. Rachael Axon assisted on the goal as the Beavers became the second un-seeded team (joining Virginia) to advance to the regional semifinals.

"It's an unbelievable feeling," Oregon State women's soccer head coach Linus Rhode said following the dramatic victory. "If you would have asked me this when we started in August I would have said that it was a dream, but to actually be here it's unbelievable."

Florida (16-6-2) came into the match as the No. 3 seeded team in the Florida State bracket, but was unable to get anything going in the first half against the un-seeded Beavers.

Check out the NCAA Women's Soccer Bracket after the break. 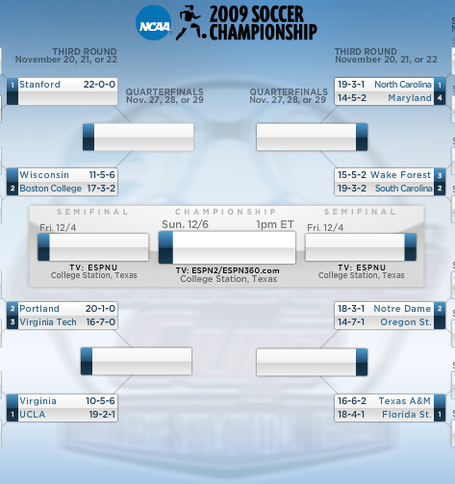