The "Wild Flying Beaver" came out of mad scientist Mike Riley's lab on Halloween, and considering the Beavers were only able to get Justin Kahut field goal attempts out of five of their other six scoring opportunities, it turned out to be critical to Oregon State's 26-19 win over UCLA.

With 1:12 left before halftime, the Beavers faced second and two on the Bruins' 14, with only a 6-0 lead, despite controlling the first half, Jacquizz Rodgers threw his first career pass. 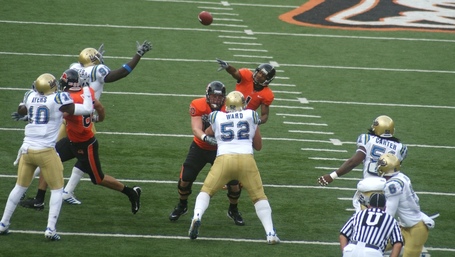 "I thought he threw a perfect spiral," Riley said afterwards. "The guys had been giving him a hard time, because it didn't look that good in practice." 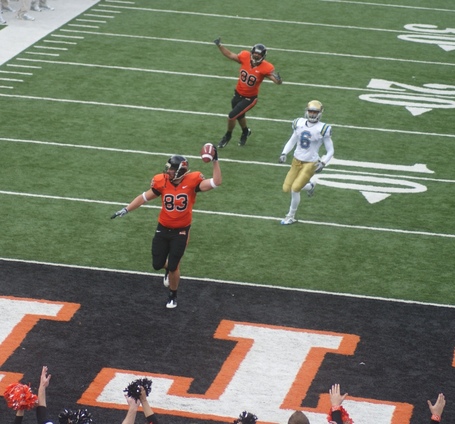 Brady Camp was wide open for the touchdown.

Rodgers had assured Riley he was good for up to 40 yards throwing, but Camp couldn't believe it when heard the play called in the huddle.

'Wait a minute, is this for real?' Camp said to himself as the Beavers lined up in a dual tight end formation, one Oregon State usually runs out of, Wildcat formation or not. 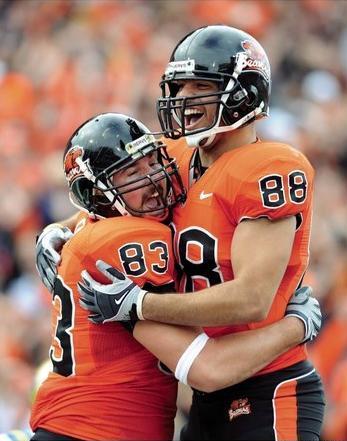 "I can't believe it actually worked," said Camp, with a big grin.

Riley told reporters afterward that the play would be wide open when we went to it.

But do we have a quarterback controversy?

"I went to him on the bench and asked him if he was trying to take my job," Canfield said.

The play started a sequence that had to be scary for the Bruins, and helped build a lead the Beavers would need every part of when UCLA mounted their scary rally.

Bruins quarterback Kevin Prince fired consecutive incompletions on the ensuing series, and then connected with Gavin Ketchum for only a four yard gain, forcing the Bruins to punt. More importantly, only 27 seconds were consumed.

Canfield connected with James Rodgers for a 42 yard completion, 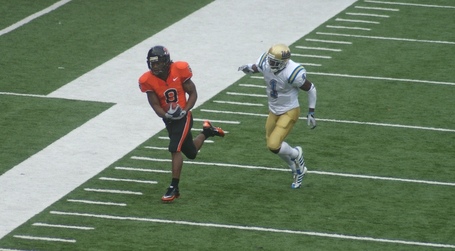 ... and Kahut connected on his third first half field goal from 27 yards out as time ran out. Kahut added a fourth field goal in the fourth quarter, and earned the Pac-10 Special Teams Player of the Week honor in the process.

Speaking of flying, how impressive would it be if Horizon Air could arrange to fly the Beavers to a bowl game in their OSU themed jet? 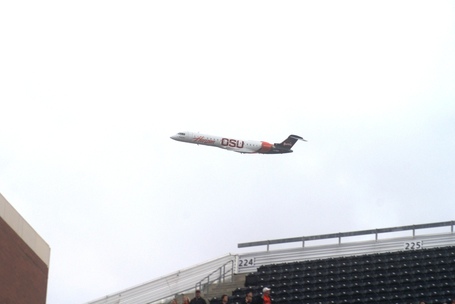 Halftime was a 'Thriller', complete with the apparent demise of the band... 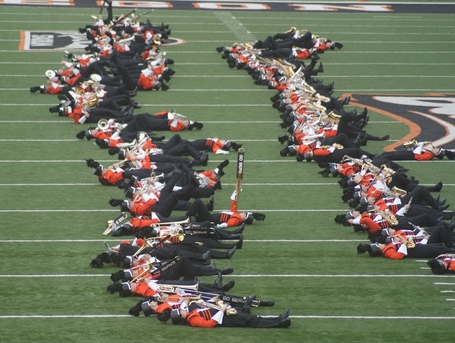 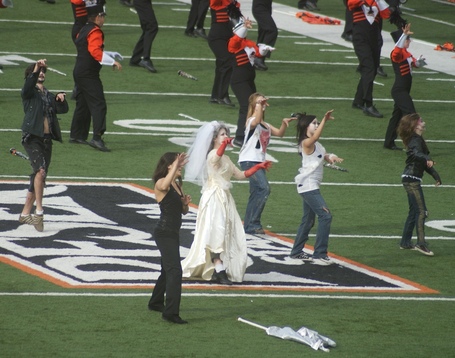 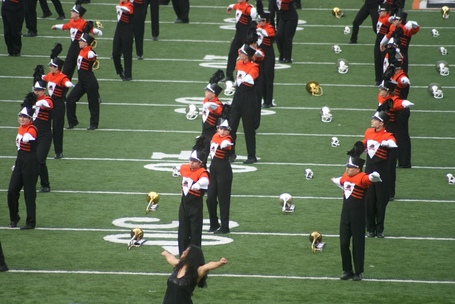 , and the Michael Jackson tribute, with 215 right gloves off.

Even Benny had the appropriate hair do.