Share All sharing options for: Homecoming Saturday Begins With Parade

Saturday's Homecoming festivities included the Beavers' 26-19 thriller over the Bruins, but that was the just last act of a seven hour event, that began with the Homecoming Parade, featuring Grand Marshall Les Gutches, who was a wrestling All-American for Oregon St. in 1994, 1995, and 1996, the latter two years as a national champion. 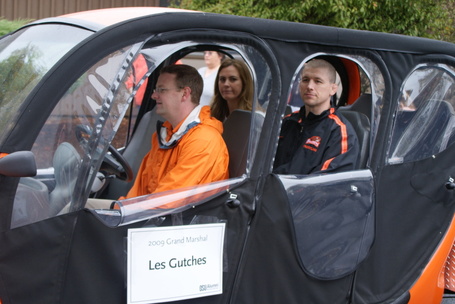 Oregon State ROTC students led the parade onto Jefferson Street, with the colors. 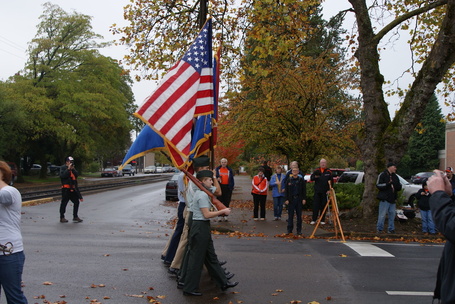 See more of the parade after the break... 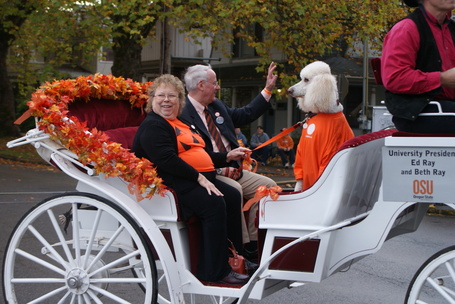 The Oregon State Color Guard and Marching Band Steps Off. 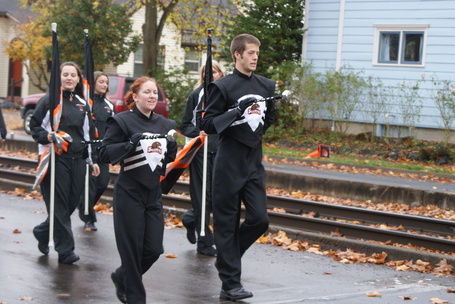 The Spirit and Sound of Oregon State, the oldest band in the Pac-10. 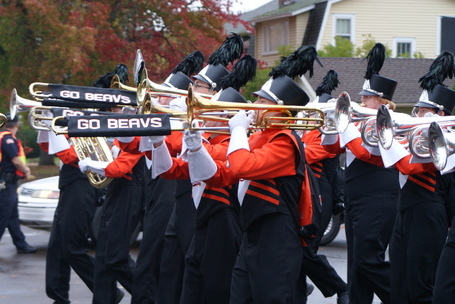 The Oregon State Cheerleaders get a ride on the Corvallis Fire Dept. Ladder Truck. 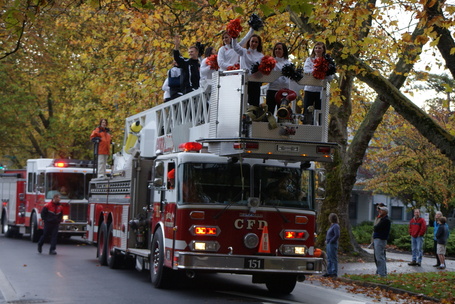 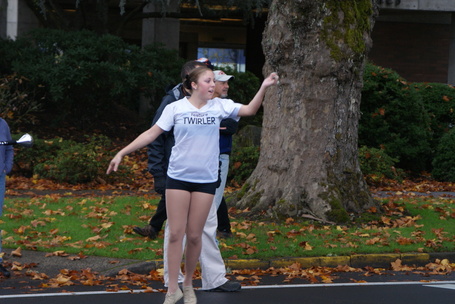 and gave a glimpse of the future. 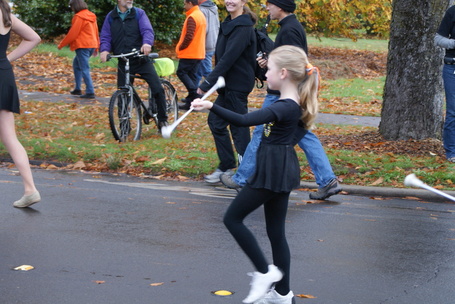 Of course Benny was there too! 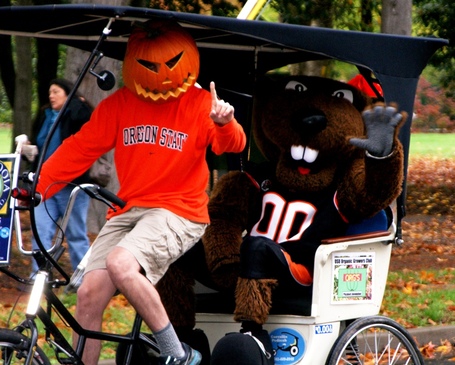 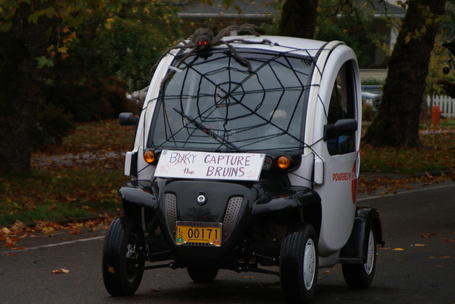 including this scary guy, 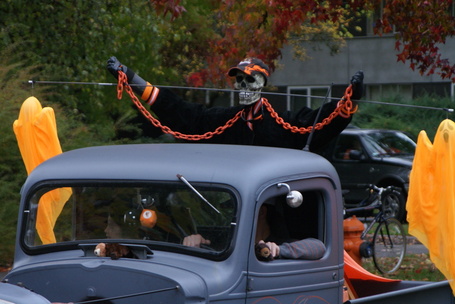 and one with Chi Omega's view of football matters. 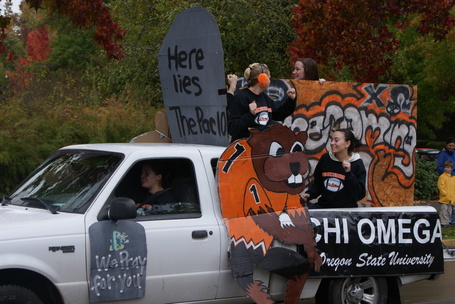 No parade is complete without equine entries, and several area events were represented, 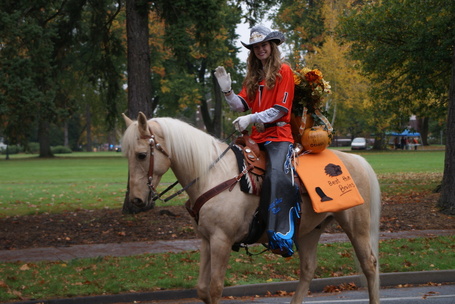 including the Queen of the Benton County Fair and Rodeo, 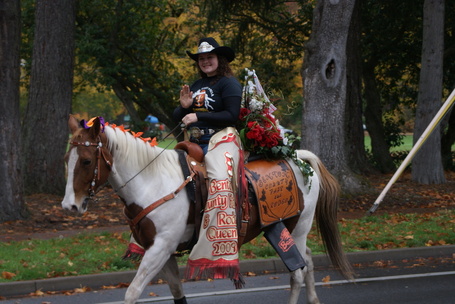 and the Queen of the Philomath Frolic. 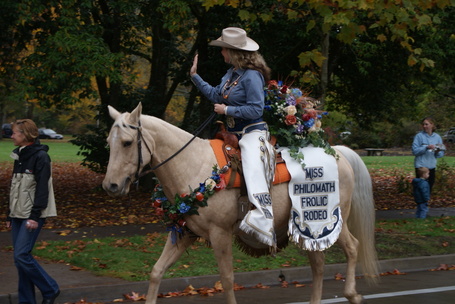 And Oregon State's mounted Drill Team brought the parade to a close. 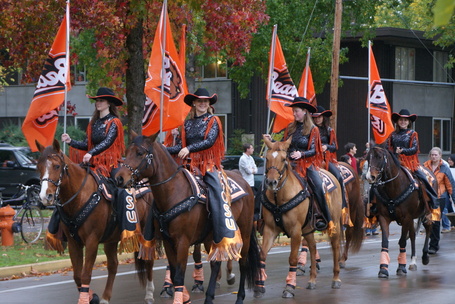