Thoughts on OSU/USC... can Beavers Reverse the Coliseum Curse?

Share All sharing options for: Thoughts on OSU/USC... can Beavers Reverse the Coliseum Curse? 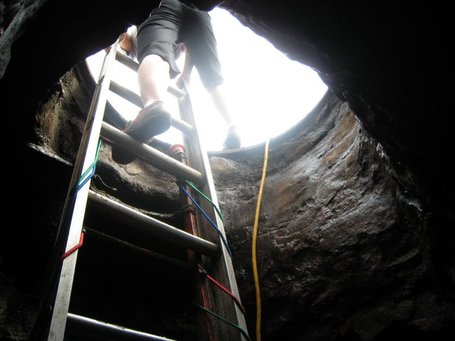 Jake climbs out of his hole to preview the Oregon State/ USC game.

It's now been two weeks since Oregon State's rejuvenating win over Stanford, in which they scored 31 first half points and played a cat-and-mouse game with the Stanford offense. That win had Beaver Nation feeling good about a 4-2 start... but can the team carry that momentum through the bye week and into the L.A. Coliseum tonight?

The Trojans haven't played in the comforts of the Coliseum since late September, when they squeaked past Washington State 27-6.  But history shows that the Trojans generally have no problem at home, where they've won 47 of their last 48 games. Oregon State fans will surely confide in the fact that the Beavers haven't beat the Trojans in Los Angeles since 1960, and have lost their last 22 games there.

All sarcasm aside, the Beavers have the best recent track record against the Trojans as compared to everyone else in the Pac-10. The Beavers have won two of the last three meetings against USC, and came awfully close to making it three out of four in the Fog Bowl of 2004. Mike Riley and his coaching staff have had past success against Carrol's crew, and had extra time to prepare.... so we can chalk this one up for the Beavers, right?

Through the first half of the season, it looks like Pete Carroll has found a gold mine in freshman Matt Barkley. Already, he's doing more as a freshman than Carson Palmer, Matt Lineart, and Mark Sanchez could muster-- Barkley is averaging 268 yards per game. He threw for nearly 400 last week in South Bend.

Barkley has a talented crew around him, starting with USC's ever-present stable of running backs. The list starts with Joe McKnight and includes names such as Stanley Havili, and C.J. Gable-- no matter how you slice it, the Trojans have a lot of threats out of the backfield. And in the receiving corps, there's Damian Williams (2 TD's last week), Anthony McCoy, and David Asburry.

The Trojan defense is among the Pac-10's best as well. They're only allowing 12 points per game, and sacking the quarterback over four times per contest. Oregon State's offensive line versus USC's front seven will be a big factor in today's game-- OSU winning that battle was a big reason for last year's result. USC has the Pac-10's second beset rush defense this year, and fourth best pass defense, making their defense the second-best overall in the Pac-10.