Coach Rob Takes Team to D.C. for His Inauguration

Share All sharing options for: Coach Rob Takes Team to D.C. for His Inauguration

Hail to the Chief!  The Craig Robinson era officially begins this Friday for Oregon State, as the Beavers must travel cross-country to face the Howard Bison.

Howard, led by head coach Gil Jackson, finished 6-26 last season, and went 3-13 in the Mid-Eastern Athletic Conference. They were young last season-- they return four starters-- and are relatively young again this season, as there are only two seniors on the roster. 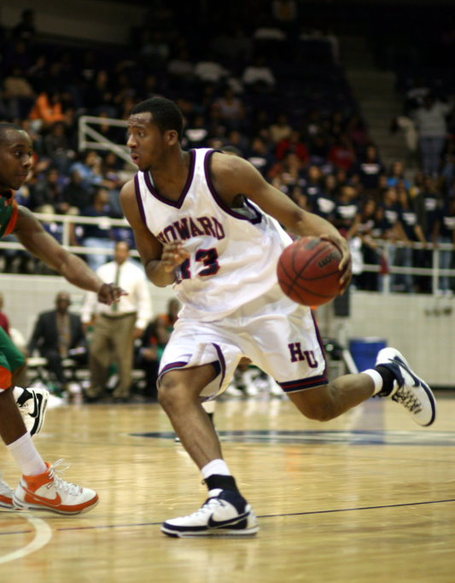 The Bison played two exhibition games in the Bahamas in August. They went 1-1 against two of the Bahamian national teams.

Howard struggled finding a point guard last season, and lost several close games as a result. The coaching staff made this position a priority while recruiting, and brought in Calvin Thompson and Chris McHenry to help run the point. They both had good outings in the Bahamas, suggesting that the Bison will have consistent players running the offense.

Junior guard Curtis White led the team in three point shooting and assists a year ago. The 6'5", 195 pound guard will also have more opportunity for playing time this year due to the graduation of Jaron Smith.

The Bison don't have many threats down low outside of senior forward Randy Hampton, who averaged just over ten points a game last season. Kandi Mukole, Adam Walker and Paul Kirkpatrick are expected to see time at the forward and post positions.