Another week, another Pac-10 foe to dominate. We got together with C.W. of House of Sparky fame for his take on just how badly The Beavers are going to crush ASU this Saturday. 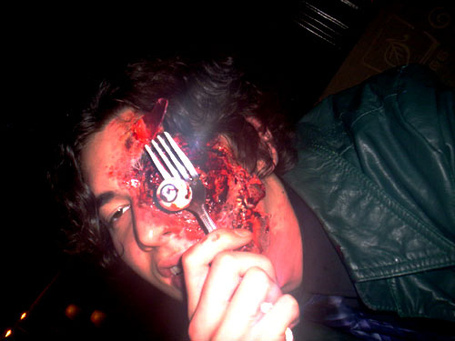 In an uncharacteristic display of mercy, CV3000 saves this Sun Devils fan from having to watch his team for the rest of the season. via farm1.static.flickr.com

1. Do you think the Devils have any chance of winning in Reser?


I would like to think the Sun Devils can go into Reser and pull out a hard-earned victory. Of course, they have a chance. We wouldn't even show up if we didn't, and we wouldn't be in the Pac-10 either. Heck, Wazzu can beat someone .... okay sorry, my mother told me not to lie.

ASU is playing very poorly, and has not been the same since the UNLV loss. With our Lou Groza-winning kicker Thomas Weber playing the worst we've ever seen, we have no leg to stand on in Reser(oh my god, that is horrible). Regardless, if Carpenter can get some time and go through the progressions, our wide receivers are fairly solid and can find the seams in the OSU defense.

But legitimately, do I think ASU will win? Probably not. But I will be cheering them on the whole way. Orange Hell, be damned. 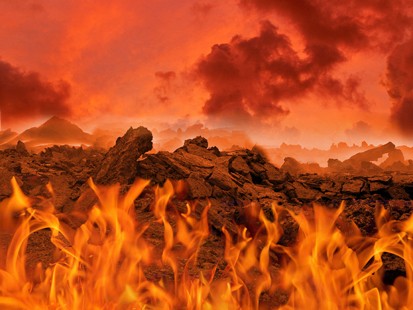 Only, in Reser, it's way Oranger. via babypoobarellah.files.wordpress.com

2. Did you know the last time that Erickson coached against the Beavers in Reser it was 38-0? You can change your answer to the first question if you want to.


Dennis Erickson is a mastermind. An old man, to be certain, but a creative genius who is capable of exacting his revenge on the Beavers.

Heh. No, this could be ugly.

3. Rudy Carpenter. That guy plays for you. Is he pretty good or what?


He is good, but he's been getting a lot of heat from the local media. They want him benched in favor of Danny Sullivan. I can't agree with this, especially after seeing Sullivan play in person, but Carpenter looks mediocre at best with his bum ankle.

I always supported Rudy, but his attitude is very, shall we say, controversial. Opponents hate him; our fans seem to feel the same way when he isn't performing up to his potential. His job is thankless, but he has done it well for 3 years. He shouldn't be punished now.

Given that, you all saw what happened in 2007 in Tempe, when the Beavers were up 19-0. That turned out well for the Devils.

4. When Erickson was at OSU an opposing coach said that his offense was "spread 'em out wide and then hand it off up the middle to Simonton." Is it pretty much the same thing now, just with Keegan Herring instead? That guy's pretty good, isn't he?

It would be that type of game plan, if the offensive line didn't leak like a sieve. It doesn't help that Herring's hamstring has been problematic for the entire season, and Dimitri Nance has been incapable of gaining any useful yards in the running game.

I really wish injuries had not derailed his season. He is a decent back with speed and a nose for the end zone. Had he been around all year, I think ASU's record would be 4-3 or 5-2, rather than 2-5.

5. Honestly, I can't name a single player from your defense. Should I know about someone, or am I better off not knowing?


Dexter Davis is a beast on the line, and he is capable of attacking Lyle Moevao all game long. Sophomore Omar Bolden, our #1 corner, has looked much better in recent weeks, shutting down Oregon's Jaison Williams last Saturday, and showing some more promise than he did against Georgia freshman A.J. Green.

6. We heard there's killer bees in Arizona. What are your thoughts? Can you promise to not bring them with you to Oregon? Thanks.


Killer bees are scary. I am putting them in the checked baggage of the Sun Devil charter. Feel free to do with them what you wish, whether you release them en masse on UO's campus, or whatever it is you Beavers do.

7. Who is your most impressive player on either side of the ball?


Easy... No wait, it isn't. Since we are just plain awful, this will take more effort.

Offensively, I want to say Kyle Williams. He is short for his position (WR), but that doesn't prevent him from being a great threat. He has oodles of speed and runs routes quite efficiently.

On the defensive side, safety Troy Nolan is a ballhawk who never gives up on any play. Even when we were down 28-0 against USC with only a few minutes left, he was still playing as hard as he can, which is a great sign for prospective employers at the next level.

8. When I look at the games that the Devils have played, the only conclusion that I can come up with is that the Sun Devils definitely are not a great team, but there's still a chance that they might not be that bad. They probably have one or two good games left in the tank. What do you think?


I won't disagree. Put the game plan together correctly, and this team is capable of scoring 40 points. Will that happen? I can't be sure. It seems more likely that we will score in the range of 13-27 points, but it wouldn't hurt me at all if the defense can shut down the Beavers, and Carpenter can put up some big numbers.

9. Who is your best young player that we might look forward to terrorizing us for many years in the future for writing this?


Interesting. No one has really stepped up this year, and we don't have any "explosive" players like Orange Jesus in the pipeline. I am excited for Ryan Bass and Gerell Robinson, though. RB and WR, respectively, they are both true freshmen playing real minutes for the Devils.

For our sake, they will step up by the time we go down to Tucson, and we can show the Wildcats what they have to look forward to for the next 3 years. Will they make a huge difference in Corvallis? Probably not... but a guy can dream.

10. The Beavers have no known weaknesses on offense, but if there is a weakness on the defense, Washington showed that they could throw it deep 9 times and have 4 long completions and also earn a couple pass interference calls to complement their pathetic offensive output. Do you anticipate that your offense will rely heavily upon drawing penalties to sustain drives like Washington was forced to do or are the personnel and coaches talented enough to gain yards through actual football skill?


Please don't compare us to that mess that is the Washington football team. We will try our best to beat you with the talent, not the refs. Besides, chances are that the Pac-10 officials wouldn't get the calls right anyway. We might air it out, but the offensive line might not be able to give adequate time for such an activity to even take place. In the end, I'm just like Dennis Erickson: I don't have the answer.

11. When your practice facility blew away in a storm earlier in the year, was that pretty much just a really obvious metaphor?


Yes. It is inflated now for insurance purposes... I wonder if the ASU team has that same policy? Can they be artificially inflated for a few weeks to save the season?

The search party seen above is on the lookout for signs of life in ASU's football season. via www.eastvalleytribune.com